Engineering Job Numbers for 2013 Better Than Other Sectors 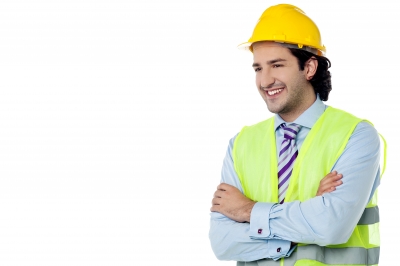 Until recently, work opportunities—particularly for STEM-related positions—were scattered thinly over every sector. Thankfully, the number of engineering jobs increased last year, and the rate of STEM job creation also improved. Between January 2013 and January 2014, the engineering sector added 39,400 new jobs, a 1.61 percent increase over the course of the year. In Newport, Virginia, 900 new shipbuilding positions emerged, many of which were engineering jobs. Other states saw similar employment opportunities. So, what led to last year's sudden progress?

The educational vista may provide a glimpse into the increased job numbers. Overall, interest in STEM fields increased: more students enrolled in STEM courses and a larger number of individuals successfully obtained degrees. According to a report by the Oak Ridge Institute for Science and Education, which surveyed thirty-two American universities, the number of nuclear engineering graduates rose significantly in 2013.

In addition to these educational influences, the improved US economy contributed to job growth. The recession loosened its grip on other continents too, enabling progress and renewing interest in previously shelved ideas. The global marketplace relaxed somewhat, providing a better atmosphere for job creation.

At the end of January 2014, about 2.48 million people held jobs in the US engineering sector. Given 2013's figures, experts feel that engineering jobs will continue to grow in number over the next year and beyond. Aerospace company Lockheed Martin Corp., for example, plans to add 200 high-paying engineering jobs at its Orlando-based simulation-and-training unit. Many of these positions are reportedly expected to pay $90,000 or more per annum.

With these statistics in mind, industry experts have stressed the importance of preparing high school students for STEM degrees. Insiders also say that greater supportive emphasis needs to be placed on pupils from low-income or otherwise vulnerable families. Despite their talents, disadvantaged students continue to graduate from college at lower rates than their wealthier peers.

Pundits assert that female STEM students also need to be given more attention. Women make up 41 percent of STEM graduates; however, they remain consistently underrepresented in the engineering workforce. Apparently—despite discrimination laws—men are still selected for engineering jobs more frequently than their female counterparts. On average, women earn $58,000 per year in full-time engineering jobs, while their male peers earn an average of $85,000.

Still, if you plan to engineer your way to success, 2014 may be the ideal time to aim high. A greater number of engineering jobs are scheduled to show up on the market in 2014; if experts are correct, job numbers will only increase in 2015 and beyond. With a greater focus on education and on gender representation, this year's engineering jobs may turn out to be the most innovative yet.