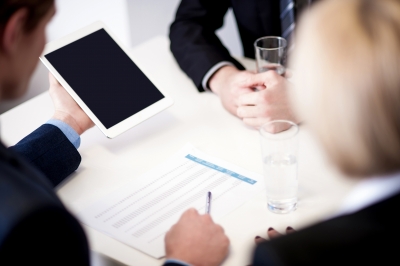 Improper lobbying on behalf of audit clients by a subsidiary of Ernst & Young, Washington Council, has cost the company a reported $4.1 million dollars. The Securities and Exchange Council accused Ernst & Young of violating auditor independence, potentially damaging the integrity of financial auditing for certain clients. Ernst & Young agreed to forfeit its earnings from certain client lobbying of approximately $1.24 million and pay a $2.48 million fine, totaling a $4.1 million loss.

The SEC filing accused Ernst & Young, an auditing company, of lobbying politicians on behalf of its clients. Though the audit clients were not identified, reports have indicated Amgen, Verizon and CVS Caremark as three auditing clients that also used Ernst & Young for lobbying services. Three previous clients that utilized the company’s auditing and lobbying services at the same time are AT&T, Transocean and Fortress Investment Group. According to the SEC filings, Ernst & Young employees informed an audit client of a bill scheduled for a House vote and then provided letters to legislative staff members, signed by an Ernst & Young executive, that informed legislators of the changes to the legislation that the client wanted and suggesting an amendment to the pending bill.

The filing noted improper lobbying on behalf of a second audit client where Ernst & Young employees from its Washington Council subsidiary met with legislative aides in order to provide alternative legislative language that helped to change the proposed legislation to better meet the needs of the audit client. The actions taken by Ernst & Young employees were designed to modify the proposed bill and were followed up by a letter from the company to the client where the company admits to helping to “tamp down activity” on a proposed piece of legislation.
Auditor independence has become a murky issue for large companies that have other interests in their client companies. Auditors must be able to maintain complete autonomy in the execution of their duties, something which might be difficult if the audit company has other vested interests in the client. Despite the arguments against Ernst & Young’s practices with certain clients, the issue of maintaining auditor independence is not a new one. In 1998, the SEC convened a Panel on Audit Effectiveness that offered recommendations to standardize auditing practices and create a plan to develop a unified governing body to oversee company auditing practices. The panel also recommended that strict restrictions be placed on any non-auditing services offered by an auditing company, such as Ernst & Young.

Image courtesy of stockimages at FreeDigitalPhotos.net