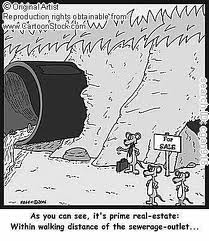 Etiquette used to be taught in school, and not just the folding a napkin kind. I'm referring to the etiquette which we once used in everyday life, at home and on the job, which has in some ways disappeared.

One reason's that America has from its beginning distained class distinction. Gradually etiquette has faded away. Even during World War II, one British observer noted that he couldn't tell who the officers were when a group of American soldiers were sharing their rations away from combat. The men treated each other as equals and referred to no one by their rank in conversation. None wore their rank because in combat snipers liked to pick off sergeants and officers.

Another reason etiquette's disappearing is that there are people who think it somehow degrades them to address another person as “Sir” or “Ma’am," and that being an independent contractor leads some contractors to feel that they're being a unique individual when they don’t shave and dress up or if a woman contractor to have multiple piercings. In other words,“I look and dress how I want, anywhere.”.

Still, it used to be common for everyone to refer to at least older people as “Sir” or “Ma’am” and to all customers that way. You didn’t call the customer “bud” or “guy.” Also, you dressed up for even a ballgame. Look at films from the 40’s and you’ll see this.

So why put this into a blog about finding work in construction? Because construction workers work with the public and some people in this field seem to be totally unaware that a person's appearance and manners can be very important in this trade, especially on the initial contact. This plain common sense fact just escapes some.

The fact is, when you have a tattoo or wear piercings to work, you're saying to some people that you don’t want their business. When you don’t shave because that’s why you didn’t get a job with a suit; you chose instead to be a carpenter, an electrician, a mason or a plumber because of this; guess what, you have an idea which isn't the way the world works. Just because I hate beets doesn’t mean that they aren’t good for me.

For with dress, and with respect which like mercy is good for everyone, you state the idea of your competence or at least your concern to a customer And if you don’t want to play that game, well they may not hire you because, as a customer with a home, they’re still allowed to be a jerk in almost everything which includes being a jerk when not being called "Sir," "Ma'am," or "Mr. and Mrs. Johnson."

Now, no one expects a contractor to dress like Johnny Depp at 35, but you do need a nice professional look. Tee-shirts on a job are fine, especially company ones, but people will take offense at vulgar, outrageous tee-shirts or even ones that look nice but have messages that insult their belief system.

This goes for the music you listen to on the job also. I have to be tolerant to everything outside my home today with tolerance defined as the exact opposite of what it actually means. For instance, tolerance is the atheist putting up with a moment of prayer at an event, not religious people being described as intolerant because by momentarily praying, they hurt an atheist’s feelings. Agreeing or disagreeing with prayer is irrelevant here, I'm writing about definitions.

However in a home, true intolerance is still king. Homeowners can be the biggest jerks if they want because you listen to AC/DC or wear a Jack Daniels tee-shirt while working on their roof. So a return to etiquette may help you succeed.

Are You The Office Jerk? 5 Things That Make People Hate You
article posted by Staff Editor