Face your fear or forego your career 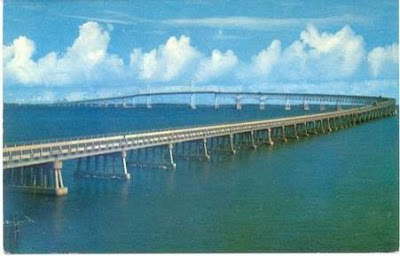 I was just out of college when I was offered an interview for my dream job. If I got it I would be shooting weddings and events for the local videographer on the Outer Banks in North Carolina. I lived an hour and a half away but I could commute since it was mostly weekend work scheduled in advance.

The owner of the company had liked my resume and called to set up a time when we could meet. So the plan was set. On Thursday, I would drive down to the Nags Head and meet with him at his studio. I was so excited getting ready for the trip. I inflated all the tires and topped off all the fluids in my old Plymouth Duster that I’d bought for $500. I checked my reel twice and even got out my cinematographer’s vest, the one with all the pockets I got when I went to film school. I even left super early just in case.

While everything was on target there was still something tugging at the back of my mind. In order to make the trip I would have to face one of my biggest fears, maybe a phobia even. The one thing that sends terror into my soul is driving over a bridge and on the route I needed to take to my interview there were two very very big bridges.

The first one was not very long but it was extremely high. I could hold my breath, white knuckle the steering wheel and stomp the gas to get across if I just looked straight ahead. The second one was the one that made me sweat though. It was the main route besides the ferry to get to the Outer Banks. There was no way I could avoid the 3 mile stretch across the Ablemarle Sound on the Wright Memorial Bridge. Two lanes over nothing but water and at the end a large bump before hitting land again.

It was almost half way across the bridge when my car started to sputter. There was a noise that I’m still not sure if it was me or the car but either way it sounded like death at the time. Then as I approached the large lump on the last leg of the bridge steam began pouring from under my hood and the car stopped.

There is no shoulder, no where I could pull over and nothing I could do in the days before cell phones were commonplace but sit for a moment and feel the wind push on the Duster as other cars flew past. I waited what felt like forever, watching car after car pass by barely missing my bumper. It took all the courage in my body and then some that came from somewhere else to open the door and step out on the bridge.

The water rushed below and I knew one strong gust could have sent me over the railing never to be heard from again. That was if a car didn’t hit me first. I’m not going to say I wasn’t balling, it freaked me out but I survived. I made it to the auto repair shop conveniently located at the end of the bridge and lived through the tow truck driver’s tales of those less fortunate who had broken down on the bridge in the past as he hooked my car up and hauled it to safety.

I called the owner of the videography company to explain what had happened. He asked if I wanted to reschedule and I said absolutely not. We had lunch while they fixed my car. At the end of it all he thanked me for my time and offered me the job. He knew come hell or high water I would do what it took to make it to my appointments.

Thinking about your next step? Check out http://www.collegejobbank.com/


By Heather Fairchild - Heather is a writer and blogger for Nexxt. She researches and writes about job search tactics, training, and topics.

Register
Sign In
8 Things Every Broadway Fan Should Watch, Read Or See Before The To...
news via Entertainment - The...