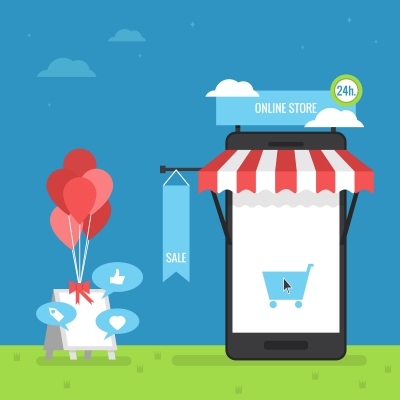 Facebook and Twitter are some of the most successful faces of social media, boasting millions of active users, so it is no wonder they are focusing their sights on retail. According to estimates by eMarketer, consumers are likely to spend around $304 billion in e-commerce in 2014. To maximize their profits, the two popular social networking sites are testing out "buy" buttons that entice users into purchasing products without even having to leave the website.

Twitter has been experimenting with retail since early July of 2014, with the e-commerce site Fancy using the "Buy Now" button in its tweets to sell products to Twitter users without asking them to leave the social media platform. Twitter has also purchased the innovative payments company Cardspring, which allows users to place discounts from Tweets onto their credit cards and use them during in-store purchases. According to Yahoo! Finance, 85 percent of shopping still takes place in brick-and-mortar stores, so this technique has the potential to reach a wider social media retail audience. However, it is still difficult to say where Twitter is looking to take its new retail focus as it has not yet implemented its buy buttons across the platform.

Facebook, on the other hand, is taking a slightly different approach that gives users the option to save payment information and gives smaller retailers a chance to succeed. The site is testing a feature for small- and medium-sized businesses that enables on-site purchasing directly from ads and posts. The button works on both desktop and mobile devices in order to give users more accessibility. Although Facebook's gifting option for birthdays and other events is something of a flop, having been discontinued due to poor reception, the new instant buying option is likely to bring success to both Facebook and Twitter thanks to its wide scope and ease of use.

Facebook and Twitter are aiming to serve retailers better by making online purchases easier for users. Thanks to e-commerce companies like Amazon and eBay, purchases via direct marketing are becoming increasingly common. These sites are pouring more and more resources into their Facebook ad campaigns, according to Yahoo! News, so it is no surprise that the social networking site wants to cater to these advertisers. Facebook and Twitter may also find retail success with websites such as Instagram and Pinterest, both of which have huge potential in social media retail.

Although the new buy buttons of Facebook and Twitter have a promising future, reception of Facebook's tested button has been mixed. Advertisers are already having to pay for their ads to reach a wider audience, and small retailers are sure to have a difficult time if the buy button follows this path. Still, retailers should certainly utilize the advertising options of Facebook and Twitter if they want their products to reach a larger public.

JPMORGAN: Amazon's ready to take on the Google-Facebook duopoly in ...
news from Markets