Facebook is Losing Teens, But Has More Than Anyone Else 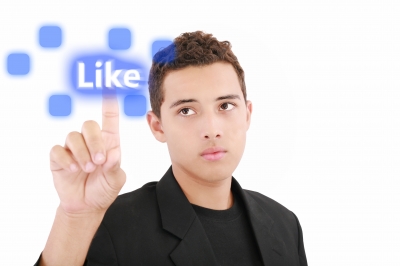 Facebook advertising tips usually focus on reaching the young adult and teen demographics. It makes sense, as Facebook got its start among college kids who were, for one reason or another, disenchanted with competing social platforms such as MySpace. Much of Facebook's early rapid expansion came from new Facebook users who were younger still, mostly high school students. Lately, however, these young demographics have begun to slip. Why this is and what it means for advertisers who traffic in Facebook advertising tips, bears examination.

The first and, in many ways most obvious, explanation for what happened to the young Facebook fans is that they've grown up. They're still using Facebook, but they aren't early-twenty-somethings any longer. These Facebook users still qualify as young adults but are no longer teenagers. Facebook advertising tips that ignore the normal age progression of the platform's early adopters are missing an important aspect of users' relationship to social media: namely, that they will continue using it despite a changing consumer profile.

Another reason for the recent skew in Facebook's demographics is the very real expansion of older users on the platform. Many, if not most, advertising professionals offering Facebook advertising tips seem to carry around a stereotypical picture of users as uniformly young and unattached. While it's true that 18–29 year-olds still represent the lion's share of social media users, over 50 percent of 50–64 year-olds report using social media. Much of this growth has come in the last decade, and it can only increase as current twenty-somethings age out of their coveted demographic.

Finally, it's worth noting that Facebook still has the majority of current teen social media users. Specialized Facebook advertising tips that are supposed to help you reach teens might be limited, in many ways, relative to the total Facebook population, but they aren't flat-out wrong. Among teens, Facebook beats its rivals neatly, outpacing Pinterest, Twitter, and even Google+. This bodes well for the platform's long-term growth if it can maintain the loyalty of these users.

Advertising on social media has been a growing business for a number of years. Almost as soon as the first early platforms started attracting the valuable attention of middle-class young adults, a cottage industry began offering consulting to help advertisers reach them. Much of the dust from the early struggles has settled now, and it's clear that Facebook has won the early rounds for today's teens and young adults. The numbers, however, show that they aren't alone any longer, which is something your Facebook advertising tips will have to take into account for decades to come.

The Best YA Books To Get Excited About
news via Refinery29