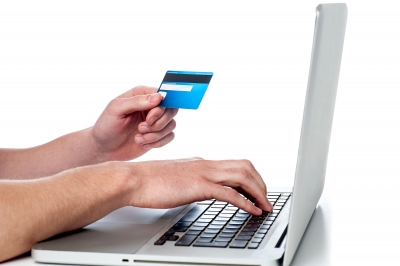 Facebook has announced its acquisition of The Find, a shopping search engine. The move, which has made waves within the technology and retail industries, seems to indicate a shift in Facebook's business model. With the integration of advanced shopping tools, the social networking website may finally be able to make headway in the e-commerce sector.

The purchase of The Find is the latest in a series of attempts by Facebook to break into e-commerce. While other forays have not been successful, company leadership has expressed the hope that acquiring the search engine will turn the tide. If the integration is successful, the Facebook business model could transform dramatically.

According to its website, The Find indexes every available product on every website in the e-commerce sector, creating something it calls the "shoppable Web." Customers can then search all products using The Find's search engine, eliminating the need to hunt through different stores. Google's Shopping search performs a similar function, but on a more limited scale.

If The Find works as promised, Facebook will have an unprecedented way to leverage its sizable ad network. Using the search engine, Facebook could improve ad relevance for individual users, and since Facebook business ads are already highly targeted, advertisers would have the chance get their products in front of people who are most likely to buy, thanks to the site's access to users' personal preferences. The new shopping tools might also use members' browsing history to deliver more relevant products. The immediacy of the system would reduce barriers for customers and provide new ways for businesses to drive sales through Facebook.

Company leaders have been trying to add e-commerce to the Facebook business model for years, without much success. In 2012, the company brought in major retailers with the goal of creating an online-shopping hub; the effort failed, and brands such as Gamestop and J.C. Penney removed their stores from Facebook. In 2013, the much-anticipated Graphs Search did not perform as expected. One of the company's most recent efforts, Facebook Gifts, was removed from the site after it failed to catch on.

The advanced tools and established presence of The Find, however, may allow Facebook to gain a footing in this market. The search engine has been in business since 2006, and has secured a significant amount of venture capital funding along the way. With The Find's powerful search code and Facebook's extensive advertising network, this move may indicate a new lease of life for the role of e-commerce in the Facebook business model.

The acquisition of The Find signals a shift in Facebook's business model. If the company is able to integrate the search engine effectively, it will gain the power to transform the online advertising and e-commerce industries.

Facebook agrees to restore news content in Australia, strikes first...
news via Financial Post - Top...
Looking back on a year of the pandemic, and WPP’s recovery of sorts...
news via Latest News - Ad Age