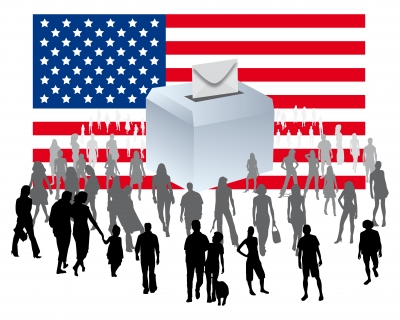 In a September 2017 live streaming event, Mark Zuckerberg announced a plan to reduce the risk of election interference by increasing transparency and security at Facebook. This nine-part solution aims to decrease opportunities for swaying public opinion with false ads and increase safe opportunities for public discussion about politics and engagement in the democratic process. Here's a look at the points Zuckerberg made during his live stream announcement on election interference.

Facebook continues to work with Congressional investigators to find sources of campaign ads and search for ethics breaches related to the 2016 presidential election. It intends to cooperate fully with investigators and decide how best to share results with the public.

In addition to cooperating with the official investigation, Facebook has its own procedures for looking deeper into its platform for sources of election interference. By perusing events, groups, profiles and connected apps, Facebook's own investigation might find details that are not readily available to government officials.

3. Increase the Transparency of Political Ads

In the future, Facebook plans to have a new system where users can easily find out not only who purchased political advertisements, but also how those ads are displayed to different groups of viewers across the platform. Although this could be seen as a privacy breach by advertisers, Facebook is prioritizing the public good.

By improving and strengthening its ad review process, Facebook hopes to catch items that break the law or violate community standards more quickly, minimizing the damage they can do.

Facebook is hiring over 250 new workers focusing on the area of security to double the size of its election-integrity team.

As a worldwide platform, Facebook plans to partner with election commissions around the globe, being proactive in preventing election fraud. These partnerships will provide Facebook with easy-access channels for sharing concerns related to election interference.

Although Facebook already shares some threat data, it plans to expand its connections, sharing any problem areas quickly and promoting best practices across the industry.

Facebook hopes to remain a place for lively political discussion and plans to use anti-bullying type programs to keeps its community safe. Zuckerberg also talked about improving tools to inform the public about political candidates and other political issues.

To test its new initiatives, Facebook monitored the German elections, partnering with officials, watching for and shutting down fake accounts and providing information about security practices to other groups. Reviewing the results of its effort to reduce election interference during the German elections will help fine-tune its plans.

Facebook is a leader in the social media industry, and its efforts to halt election fraud are likely to be replicated throughout the tech industry. If this comprehensive plan to reduce election interference is successful, look for similar changes across the board. Although Zuckerberg asserts that it's impossible to keep all bad content off of social media, new systems are needed throughout the tech industry to minimize the risk of abuse.

Photo courtesy of xedos4 at FreeDigitalPhotos.net