Fantasy Accounting is Used by Many High-Tech Companies 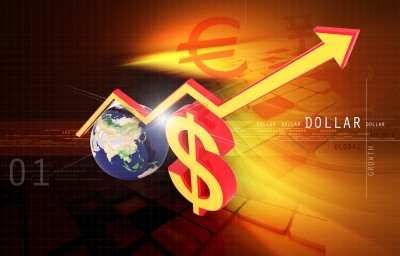 Stock markets such as the Nasdaq and S&P 500 have risen sharply between June 2014 and June 2015, climbing by up to 20 percent. Technology companies have grown remarkably as more high-tech devices, software and cloud-computing applications hit the market. Yet, the financial metrics disseminated by these businesses may not give investors the larger picture when it comes to a company's books.

The problem stems from the type of data highlighted in quarterly earnings reports. Technology companies, like most American firms, use generally accepted accounting principles. However, those financial metrics generally show up further down in the reports without much detail. The very top portion of quarterly earnings sheets show off revenue, profit, basic expenses and earnings per share. Other portions of the report become buried deeper in the fine print or simply not included whatsoever.

Some CEOs and CFOs focus too much on the revenue side and not enough on operating expenses, such as stock-based compensation, restructuring and acquisitions. Investors do not receive an accurate picture of the financial metrics of a company when these details fail to appear in reports. Imagine the stock market's surprise when prices of shares tank due to unexpected expenses that occur in one quarter even though executives knew they were coming six months in advance.

From 2009 to 2013, the number of cost items excluded from reports among 104 firms within the tech industry rose steadily. In 2009, these businesses excluded 365 cost items versus 504 in the fall of 2013. These excluded items amounted to $46 billion collectively omitted from balance sheets in 2013, more than double the amount in 2009.

These financial metrics mean investors do not receive the whole picture when it comes to profits. Instead, these companies focus on quarter-over-quarter revenue growth even if a firm takes an operating loss. For instance, Salesforce.com had an operating loss of $146 million for its 2015 fiscal year, even though its market capitalization reaches more than $50 billion. The operating loss stemmed from more than $700 million in stock-option payouts and incentives for employees. That money could have been reinvested to shareholders, new equipment or more hires.

Perhaps the biggest concern remains the meteoric rise of tech stocks. The dot-com bubble in 2000 saw companies lose big time when many Americans were not ready for software-as-service models without a lot of overhead. Tech firms such as Facebook, Google, Cisco and Dropbox continually rank as some of the best companies for which to work in terms of employment. However, these tech giants may face tough times ahead.

Now that devices have caught up to demand, accounting practices should elucidate what a tech company is actually worth. What happens if more expenses pile up and one company becomes insolvent? Suddenly, investors may pull out. If one tech stock plummets, then investors examine what happened and draw conclusions about the prospects of other companies, potentially causing a cascade effect. A second dot-com bust may happen, all due to hidden financial metrics that investors don't see.

Hidden financial metrics have caused many difficulties for investors in the past, especially during the housing bubble between 2007 and 2008. Tech firms can avoid another catastrophe simply by returning to long-term growth models rather than focusing on quarterly revenue patterns to inflate stock prices.