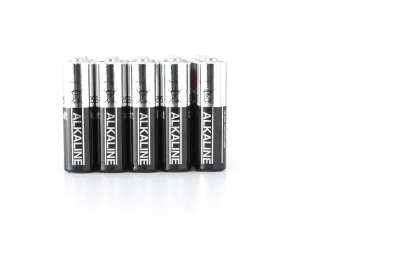 Battery charging for mobile devices, laptops and even electric vehicles can take several minutes or a few hours. Although lithium-ion batteries represent a huge technological leap over normal batteries that power everyday toys and remote controls, they still have limits as to how fast they add power. Researchers and engineers at Vanderbilt University discovered a way to possibly speed up recharging times.

Scientists at the university came across the so-called nanoparticle breakthrough after seven months of studying batteries that contain molecules of iron pyrite, colloquially called "fool's gold," comprised of iron and sulfur. Investigators in 2015 looked into very small quantum dots, just a few nanometers wide, that could maintain the viability of batteries. Quantum dots allow very quick battery charging, but the cell breaks down after just a few charges and discharges.

Enter the current nanoparticle breakthrough with iron pyrite. Normal quantum dots react with the electrolytes in the battery and cause the source of electricity to dissipate. When researchers used iron pyrite for these minuscule dots, the metal reacted differently within a lithium-ion battery. When battery charging begins, the quantum dots of iron pyrite react with lithium and form lithium sulfur. Upon discharge, the opposite reaction occurs in this prototype battery whereby iron pyrite reforms and remains intact.

Researchers replicated battery charging and discharging over and over again. This experimental storage allows more energy capacity and more storage capabilities. This breakthrough in extremely fast recharging may not produce a new class of electrical cells right away, but these new materials create a new set of physical limits for experiments moving forward. Laboratories can bring iron pyrite quantum dots into larger batteries to see how chemical reactions happen at scale.

The quantum dot experiment comes several months after researchers at Stanford University made a breakthrough in battery charging. Instead of lithium-ion batteries, engineers fully charged a cellphone in 60 seconds using aluminum ions. The team at Stanford claims it can charge the aluminum battery 7,500 times instead of just 1,000 times in normal operation. This means cellphone batteries could last eight times longer than current models.

Aluminum batteries may help increase the viability and longevity of consumer electronics, solar power systems and electric vehicles. Display screens for smartphones and tablets drain batteries quickly, while portable gaming devices also use a lot of power. If both the Vanderbilt and Stanford teams can prove their designs work for larger batteries, engineers could have industry-changing ideas for commercial use.

Because so much of contemporary society relies on the convenience of battery charging in small devices, any breakthroughs in the science behind these devices could lead to more efficient, smaller and longer-lasting electronics. Add to that the reduction of waste from more batteries in landfills, the entire planet benefits from better technology and less trash.

Photo courtesy of inus12345 at FreeDigitalPhotos.net