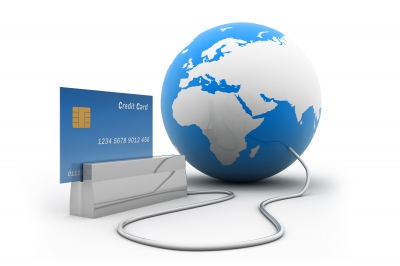 Hackers have breached Home Depot's security system, prompting fears that customers' credit card data could have been stolen and offered for sale. The breach could have begun as long ago as the spring of 2014.

Home Depot is currently working with law enforcement officers to investigate a potential security breach. On Sept. 2, the company confirmed that it had experienced some "unusual activity" that had raised the alarm. Several banks have also stated that they have seen evidence of customer data being stolen from Home Depot. Some sources even report that customer credit and debit card information is available for sale on the black market.

Home Depot is the latest in a string of big-name retailers to have been affected by hackers. In 2013, Target announced that it had experienced a major security breach, which put more than 100 million customers' personal data and credit card numbers at risk. Other retailers, including Neiman Marcus and Michaels, also announced breaches around the holiday season. As a result of the Target breach, 21 million customers had to change their credit cards, forcing credit card companies to replace an exceptionally large number of cards in a short period of time.

The breach at Home Depot could be even larger than that experienced by Target. Banks think that it could have started as early as April or May 2014. If the breach extends back so far, then a huge amount of customer data could be affected.

The Target breach was eventually traced back to point-of-sale equipment. It is not yet clear what caused the breach at Home Depot. Security blogger Brian Krebs, who first revealed the evidence for the Home Depot breach, said that hackers in Russia and Ukraine could be responsible.

Home Depot has responded to the speculation by saying that it will do everything possible to protect customers' information. A spokesperson for the company, Paula Drake, told the Huffington Post that Home Depot was "aggressively gathering facts" to find out what happened. Drake also confirmed that customers will be notified as soon as possible if it turns out that a breach has occurred.

Home Depot has asked customers to look out for fraudulent transactions on their accounts and report them immediately. Affected customers will not be held responsible for any fraud, and everyone affected will be offered free identity protection services to protect their credit scores, according to Home Depot.

Major retailers have experienced several breaches in security over the last few years. The Home Depot breach is the latest example of hackers overcoming security systems to steal customer data. Retailers need to keep their security systems up to date to stay ahead of hackers, who are constantly developing new ways to steal valuable data.