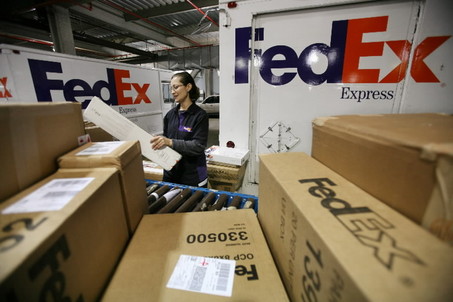 Paying attention to what your customers think about their experience with your company is important, no matter what industry you're in. When it comes to logistics, it's tempting to think that customer opinion doesn't matter nearly as much. Instead, the focus goes to making sure that shipments arrive on schedule with a minimal amount of problems. While that's the most important element of logistics, having a good customer experience can't be overlooked.

FedEx, one of the leading shipping companies, knows this more than most. According to an article at FastCompany, FedEx has been working on improving their customer experience. To achieve this, FedEx wanted to know who its customers were and how they felt each time they left one of FedEx's shipping locations.

It would have been easy for FedEx to assume that its customers were only interested in sending packages and having those packages delivered on time. With its huge volume of planes, trucks and other vehicles, FedEx delivers about 3.5 million packages every day. Like magic, hundreds of thousands of packages move every hour. When you think about it, it's mind blowing. As far as FedEx services go, it was already reaching a high degree of excellence. What benefit could understanding its customers give it?

First, FedEx had to look at how customers interact with it. Typically, packages are either picked up by a FedEx employee or brought to a drop-off center. When the company surveyed the people who use its World Service Centers, it found that customers weren't very pleased with their experience. After hiring a design and innovation company to look into the problem, FedEx found out some very interesting things about who its customers were and what they thought was important.

One of the most interesting things FedEx found was that even though its has a high level of sucessful, on-time deliveries, the customers left the centers feeling worried and concerned that their packages would get lost, overlooked or not delivered on time. After investigating the matter further, FedEx found that the problem was something it hadn't even considered.

When customers would go to a drop-off center, an employee would provide them with assistance and then place the package on top of a large stack of packages. The stacks would get so high that employees often jokingly referred to it as the "leaning tower of packages." To the company, this large stack of packages was not a problem. When the FedEx truck would arrive to pick them up, packages weren't being neglected. It was the most efficient way for the company to do business. It saved time, and in the logistics game, every second is crucial. The employees were confident that all of the packages would reach their destinations, so they didn't see a problem with it either.

The customers, however, had serious problems with the leaning tower of packages. When their packages were placed on top of the pile, they would leave the store feeling worried and uncertain that their package was getting the attention they wanted. Even though each package would reach its destination on time, the customers would breathe a sigh of relief and think that their shipment must have gotten lucky. They weren't able to trust the process because to them, the process looked broken.

It was simply a case of what the customer perceives versus what's actually happening. Some companies would simply shrug at this information and try to justify their arrangement by saying, "This is what works. We are the best at package delivery. Trust us." However, FedEx didn't become an industry leader by being happy with simply getting the job done. It wants to be the best, and to that end, it decided to make a change that would inspire confidence in its services and raise its customer satisfaction.

FedEx redesigned its World Service Centers and built walls behind its employees. When customers came in with packages, employees would simply slide the packages through a window in the wall. The customers then felt that their packages were receiving individual attention, and they felt confident that their shipments would get to their intended locations.

It was a simple change, but one that increased customer satisfaction and improved the FedEx experience. So, what did FedEx put behind the wall? The same leaning tower of packages. Since the process was the one that worked the best, FedEx simply moved it out of the view of their customers.

What do you think about FedEx's change? Do you think that the customer experience is less important than the end results? Please share your thoughts in the comments.

Register
Sign In
Careers: You Vs. Offshoring
article posted by Technology Staff Editor