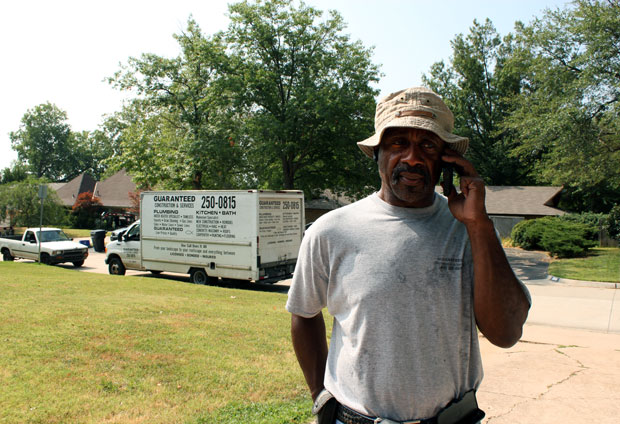 A recent report on the site StateImpact, tells of an ex-convict, Lonnie Hunt, who is helping other former felons get back on their feet by hiring them to work for his construction company, Guaranteed Construction. While serving his time in prison he received training in construction, and is now using that training with his Construction Company and former felons, to help continue the rebuild of damage from last year’s hailstorms in Oklahoma City.

Hunt believes that ex-felons tend to be better workers than those who have never been behind bars. Plus, felons have a harder time finding employment once they get out, and the amount of unemployed felons makes up close to a full percentage point of the male unemployment rate in the country.

Reports show that when felons find a good steady job after release, their chances of returning to jail is greatly reduced. For every one felon who stays out of jail, it saves Oklahoma about $20,000 per year, which of course has an impact on businesses and unemployment in the state as a whole, so it works out for everyone.

Hunt and his current staff of over twelve employees report that business is good as they work to repair the many homes damaged in the storm. After Hunt was incarcerated for four years, he was given a job by a local plumbing company. After a while, he started his own business and wishes to continue to pass on the blessing he had to other felons who need a job.

“When they get out, they have a problem finding jobs because of them being ex-offenders. So, we’re just, you know, passing it on” Hunt says. As long as they are hard workers, he says, they are welcome. “They know that, for one, they have all of these strikes against them when they get out, so when they finally get a job, they certainly want to hold on to it. Because they know it’s so hard to get in the first place.”

Interestingly, even one of the commenters on the article had good things to say about companies like Hunt’s. She said “I hired a company like this for a home service when I was living in California. Of the seven or so companies I've tried, they did the best job.”

So while some companies may steer clear of ex-felons, there are many that jump at giving them the chance, and the outcome seems to be positive in most cases.