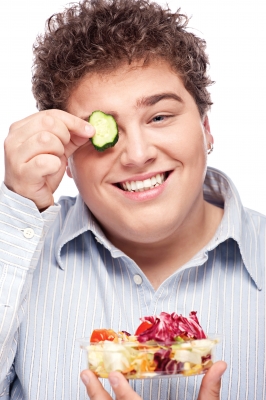 America is a world leader: it has the largest military on Earth, has more extensive oil resources than Saudi Arabia, and is home to the majority of Twitter millionaires. Unfortunately, the US also has one of the most obese populaces on the planet. According to a recent Centers for Disease and Control Prevention (CDC) study, nearly 36 percent of American adults were obese in 2010. With weight-related health conditions at a record high, many medical professionals feel drastic measures are necessary.

The CDC study, which took place between 2008 and 2011, revealed a plateau in adult obesity levels. After three decades on the rise, data analysis also indicated a slight decline in childhood obesity levels—particularly in two- to four-year-olds.

Unfortunately, however, the report also revealed an alarming increase in extreme obesity, a condition in which adults are at least 100 pounds overweight and have a BMI over 40. Extreme obesity rose from 1.4 percent to 6.3 percent of the population—a 350 percent surge—between the late 1970s and 2010.

Additional results indicated that a significant proportion of individuals in the baby boomer generation were obese in 2010. In 41 states, over 30 percent of 45- to 64-year-olds were obese; in two states—Alabama and Louisiana—a disturbing 40 percent of the same age group suffered with obesity.

Healthcare professionals often witness the negative effects of obesity, related diseases, and resulting healthcare costs. Because so many elements factor into obesity, there is no one-size-fits-all treatment program: every patient requires careful analysis and a tailor-made action plan. Successful obesity treatment also requires full patient cooperation, which can be difficult to guarantee.

In summer 2013, a research team at the University of Utah found that highly intense activity bursts were more effective for weight loss and overall health than lengthier low-intensity workouts. The compelling study, which involved 4,511 adults between the ages of 18 and 64, discovered that ten minutes of high-intensity exercise consistently kept participants' BMIs lower than longer, gentler routines.

Gut flora may also play a part in weight gain. In September 2013, "Science" published new research by Washington University, the results of which indicated that gut bacteria in the intestinal microbiome had a part to play in the obesity epidemic. Bacterial cultures from the intestinal tracts of overweight people were given to germ-free mice in a lab setting. These mice later gained more weight than another group of mice that had been given microbiota from regular individuals' intestines.

Some sources encourage vigorous exercise as a means of trimming down; others suggest that overweight individuals change eating habits and activity regimens slowly. Still others believe that obesity is caused by factors only loosely related to diet and exercise. The best approach to obesity and its associated healthcare costs may be a combination of exercise and medical treatments designed to reduce an individual's susceptibility to weight gain. Naturally, obesity treatment plans should take into account the specific needs of each person.