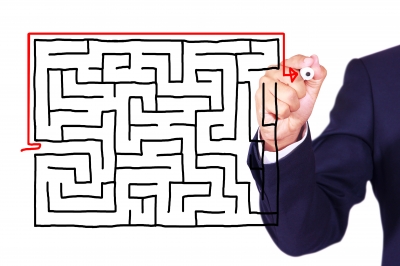 Many creative advertising professionals take their cues from top designers, copywriters, and ad executives, so it is important to identify the best companies in the business. Several publications include information about the best agencies, making them valuable resources when you're studying the competition or looking for potential partners in the industry. These are five of the best creative advertising agencies as evidenced by their client lists and results.

Full-service advertising agency 72andSunny took first place in the 2013 roster of A-list advertising agencies published on AdAge.com. The firm handles advertising for Target, Samsung, Nike, and other easily recognized brands. Glenn Cole, the agency's chief creative officer, directs all creative projects. He played an integral role in helping Nike reach its status as the top soccer brand in the world in 2002. Diageo recently tapped 72andSunny to handle all creative duties for the Smirnoff brand, which is the largest vodka brand in the world.

Razorfish is another advertising agency making a splash in the world of creative advertising. The company increased its billings by $60 million from 2011 to 2012, thanks to an increased workload from Mercedes-Benz, Delta, Microsoft, and Uniqlo. What sets Razorfish apart from other creative advertising companies is its focus on using technology to make marketing campaigns more successful.

Another top agency, Ogilvy & Mather, has been producing award-winning campaigns for decades. The agency works with clients such as IKEA, Cisco, Louis Vuitton, and Coca-Cola. Ogilvy & Mather has an excellent reputation in the industry, and company founder David Ogilvy has even been called the Father of Advertising.

Deutsch made waves when its creative professionals came up with the idea for Volkswagen's 2011 Super Bowl advertisement featuring a boy dressed as Darth Vader from the Star Wars franchise. Titled "The Force," the commercial showcased the 2012 Volkswagen Passat. Deutsch also created Volkswagen's 2012 Super Bowl spot, which featured an overweight dog trying to get in shape so it could chase Volkswagen vehicles.

Another creative advertising firm, R/GA, has twelve offices in the United States and employs more than 1,100 people. Nike credits the agency with the success of its Fuelband, a device that tracks daily activity. In 2012, R/GA added fifteen new clients to its roster and generated more than $40 million in revenue with its United States mobile advertising practice. R/GA also handled the Windows 8 launch by running synchronized ads on more than three dozen billboards in Times Square.

There are many excellent creative advertising companies in the industry, but these agencies stand out for their recent accomplishments and ability to think outside the box when coming up with new campaigns. If you are in need of some inspiration, take a look at some of the recent ads produced by these companies. You may find that viewing the creative advertising efforts of others jumpstarts your own creativity.