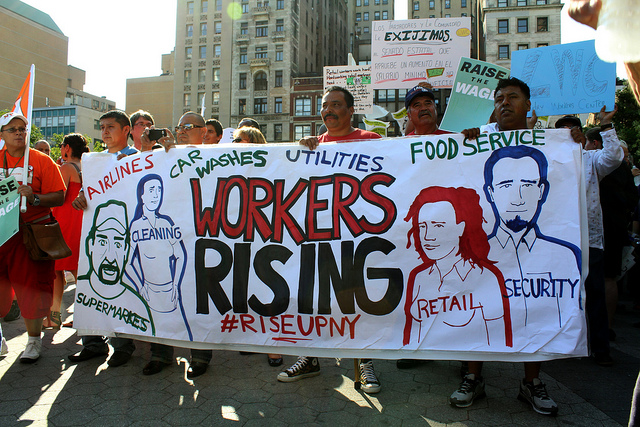 Four big companies are bucking the employer trend by paying more than minimum wage to service-industry personnel. While the federal government struggles to raise the pay for those at the bottom of the salary ladder, companies like Costco, Whole Foods, Ikea and Zappos pay above the federal standard while reaping the benefits of satisfied employees and customers.

This is good news for low-wage workers, which is a larger population now more than ever. Since the recession, the bulk of jobs gained in the economy are in either retail or the food and beverage industries, which typically pay minimum wage. In an article citing findings from the National Employment Law Project, two million jobs paying minimum wage were lost during the recession, yet the recovery created almost twice that number of low-wage jobs. Alternatively, middle- and high-income jobs did not engage in this type of comeback after the recession, let alone double their numbers. This means that employees who made a living wage or enjoyed higher-paying jobs experienced a rude awakening while applying and fighting for jobs that are at the bottom of the pay scale.

Forbes researched four retail chains capable of providing employees better wages and benefits in addition to offering low prices to customers. The study found two common denominators in company ideology that have enabled these retail businesses to rise above the competition. For them, employees are a valued investment who will reciprocate when treated well by working harder, providing flexibility and better service. In addition, companies that made innovative operational changes enabled employee productivity, increasing sales while reducing operational costs. This progressive business model bodes well for companies, employees and customers. Companies note a profit growth, and employees earn a pay increase. Moreover, customers appreciate companies that treat employees well, especially when it does not affect prices.

It appears that proven economic models are not enough to inspire acceptance of this practice across the board. While the reasoning is unknown, a likely motivation, as suggested by the Forbes article, is a focus on short-term financial goals as opposed to long-term company success.

Whether more companies will incorporate this business model is yet to be seen. However, it is a prudent option for more companies to join in as quickly as possible. This way, companies can make a favorable impression on customers prior to higher wages being thrust upon them by an increase in either the federal or the state minimum wage. Employees and customers alike have a certain amount of loyalty for a brand, and it is to a company's benefit to get ahead of the trend, gaining a loyal following.

Fast food is on the verge of a crisis — and not every chain will su...
news from Markets