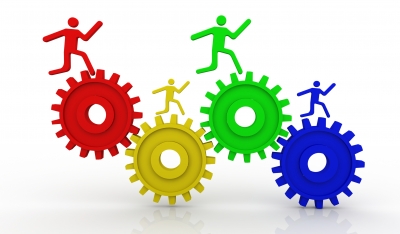 Students at the University of Pennsylvania developed Titan Arm to improve limb mobility for people who lift heavy loads. The controllable exoskeleton can also help people increase their strength and restore natural limb function after accidents and injuries. This product has applications in physical therapy and occupational lifting, making it very versatile. The inventors took home the top prize at the 2013 Cornell Cup, and this project made the shortlist for the 2013 Dyson Awards.

Members of a University of Waterloo engineering team also developed a device with practical applications for the health care industry. The young engineers developed a prototype for a tool that can be used to suture wounds closed after minimally invasive surgery. One of the project team members got the idea for the suturing tool when he was working on the KidsArm, a robotic system designed to automate laparoscopic surgeries. Because suturing is a repetitive task requiring excellent precision, it is ideal for automation.

Intel sponsors the Cornell Cup, which is one of the biggest events for engineering students in the United States. The competition highlights some of the best college engineering projects from around the country. A team from the University of Massachusetts, Lowell, designed a sensor to quantify the amount of bacteria and viruses in certain environments. The sensor is mounted on a robotic platform, so it can move around without human intervention. This engineering project took home the People's Choice prize at the 2013 Cornell Cup.

Students from Worcester Polytechnic Institute completed an engineering project designed to help people living with locked-in syndrome. People with this syndrome are conscious and awake, but they cannot move their limbs, speak, or make facial movements. The WPI team developed a wheelchair with a body/brain computer interface to interpret the brain signals of people with locked-in syndrome. Team members equipped the system with a Microsoft Kinect and other tools for acquiring data and visual imagery, making this one of the coolest college engineering projects of the year.