Four Things to Consider When You're No Longer the Boss 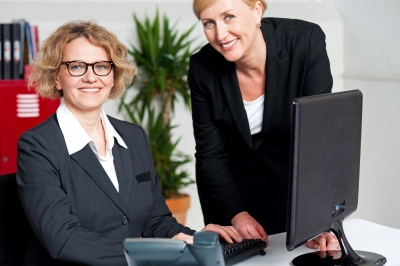 Company leaders often find themselves stepping down for a variety of reasons. Some want to hand over the reins before they are forced to by health or market conditions, and others simply wish to take on a different role in the organization. Regardless of the reason that you're no longer the boss in your former company or a new one, there are four important things to consider that can make the transition easier for you.

Business leaders who find themselves stepping down to take on a greater creative role in the organization or explore a different aspect of their companies need to remain mindful of the things they shouldn't disclose to their new colleagues. This is doubly important for those who no longer have a business relationship with the company they formerly led. Being the boss granted you a variety of insight into business practices that may fall under trade secret laws or nondisclosure contracts. It may be unethical or even illegal for you to share information with your new coworkers. These include hiring practices, personal details about former workers and other sensitive information.

At the same time, there are things you can say that were not possible before stepping down. Many offices forbid relationships between workers of different ranks, and this often leads to strained friendships as workers attempt to meet the requirements of company fraternization policies. Now that you are in a different position, you can strike up friendships with those who previously worked for you. This opens brand-new avenues for social interaction and networking, letting you create business relationships on a different level than before.

The final two things to consider after stepping down may seem obvious, but they are often lost in the transition to your new role. The first is to remember that you no longer have all of the obligations and responsibilities you had as the boss. Before stepping down, every decision you made could potentially make or break the company, leading to great stress and worry. Now, you can breathe easier and focus on a smaller scale and scope of organizational opportunities. The final thing to consider is what to do with the time you now have available after stepping down. It's easy to fall into the old habits of worrying about where the company is headed, but now that you are no longer the boss, you may want to consider adding a hobby or exploring a long-forgotten interest for which you previously lacked the time.

After stepping down from your former position as boss, you are likely to find yourself with more time and fewer restrictions. Remember to consider your words carefully as you set out in your new role and strive to make the most of your time as you build better relationships. Stepping down could well be the start of a whole new adventure for both you and your career.