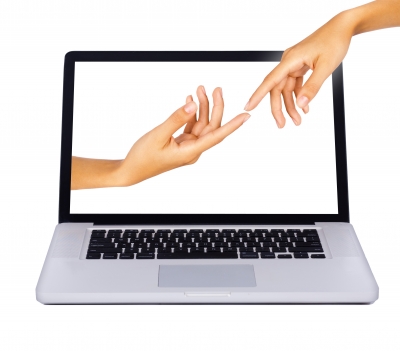 According to an oft-quoted maxim, the rate of technological advances in contemporary society doubles approximately every 18 months. These calculations are partly based on the rate of technological developments in microprocessor power and speed and delineate an exponential growth that at first glance seems fantastic but that nevertheless remains rather consistent in real-world practice. Such technological leaps have wide-ranging effects on modern society and culture.

Many industries and fields will be affected by such progress, including education, manufacturing, entertainment and the process of democracy itself. A look at the ways in which technological advancements will factor into these four entities can offer some insight into how they may lead to a more egalitarian society, leveling the playing field and truly providing equal access and opportunity to a larger part of society than ever before.

In education, the rise of tablets and apps in classrooms has been a boon for students and teachers across the spectrum from kindergarten to higher education, Technological advancement has also helped people with disabilities achieve equal opportunities for high-quality education at rates unequaled before through sophisticated devices from speech recognition programs to prosthetics. These developments should not, however, replace established special education processes but enhance them.

In energy, innovations such as the wide band gap semiconductors promise to revolutionize the way energy is created, stored and delivered, creating monumental changes in the power grid and making it more efficient, cost effective and widely available. Research has shown that the creation and delivery of a much cleaner form of energy will also drastically reduce carbon emissions.

In entertainment, technological advances that have already become evident for good or bad. There is no doubt that technology that makes for the wide accessibility of websites such as YouTube has given anyone with a smartphone equal opportunity to reach millions of possible fans and admirers. Without YouTube, previously unknown people such as Justin Bieber, who would have had little access to the entertainment system in previous times, may not have risen to stardom.

Most importantly, perhaps, technological advances are changing the way people choose their leaders. Voting technology continues to evolve, making voting less costly and more convenient, and information about elections and candidates more widely available. This will likely mean greater participation in the democratic progress by eligible voters. But such advances have a flip side. In elections in which information about voting results becomes immediate through developments in predictive programs, voters who may have voted later in the process may get discouraged if they feel their votes wouldn't matter one way or the other.

The promise of equality for every citizen is a central part of America's most important founding documents and principles. Today and in the future, technological advances can make such promises easier to fulfill and maintain than ever before in the history of the country. But as seen with some of these four examples, many benefits come with potential pitfalls.