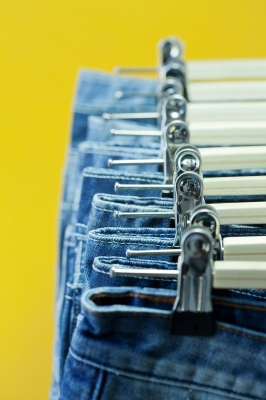 With the convenience and immediacy of modern technology transforming the marketplace, customer demands are changing rapidly and forcing companies to conform to a new retail model unlike anything the industry has seen before. Experts warn that retailers who don't adapt to the new retail model could struggle to stay afloat.

The retail model of the near future looks radically different from the model used by the industry just one decade ago, says Bashar Nejdawi, president of supply chain service provider Ingram Micro Mobility. The retail industry expert predicts that in just five years, traditional consumer electronics stores will be lost, along with many other brick-and-mortar retail outlets.

Whereas retailers today focus mostly on selling products, consumers increasingly prefer to rent items such as mobile devices, digital content and even cars. An increasing number of young people are foregoing car ownership in favor of rental programs such as Zip Car. In 2011, 18- to 34-year-olds bought nearly 30 percent fewer vehicles than they did in 2007, reports the AAA Foundation for Traffic Safety.

Sales of digital media have also fallen during the last five years, as consumers turn away from CDs, DVDs and even digital downloads in favor of streaming services such as Spotify and Netflix for audio and video content. These relatively inexpensive, on-demand online services are also edging out competition from traditional cable and satellite television packages.

Mobile electronics is one market where renting rather than owning is likely to catch on quickly. In a world where consumers always want to own the latest devices, paying several hundred dollars for the latest smartphone doesn't always seem like a good deal. Many consumers prefer programs that allow them to lease the latest phones for a monthly fee and then switch to the updated models as soon as they are released. This new retail model poses challenges to mobile electronics retailers, who must deliver the latest products to consumers and then work out what to do with the returned phones when the leases expire.

Consumers are also demanding more customization than ever before. Rather than buying shoes and clothing off the rack, consumers are turning to services that allow them to create their own personalized apparel. For example, miAdidas allows customers to add personal logos and designs to their shoes. This new retail model requires a shake-up of traditional manufacturing methods in order to meet the demand for customization.

Consumers are demanding ever-greater levels of customization from retailers, and they also expect timely service from suppliers. Retailers must act quickly to adapt to the new retail model, ensuring that their staff are trained to meet customer demands and that their logistics chains are capable of rapid delivery of the new, high-quality products that customers expect.

Photo courtesy of foto76 at FreeDigitalPhotos.net

How Social Commerce And Online Auctions Are Set To Revolutionize Re...
news via Forbes - Leadership