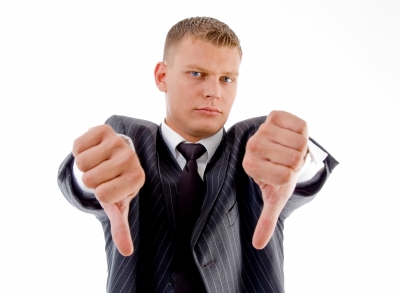 The candidate looking for a hedge fund job and the recruiter staffing for one have different intentions. Simply stated, the latter wants a job. The former wants to keep his. As a result, the candidate comes to the table with a resume in rose covered glasses. They offer an embellished slice of the truth that only says one side of a complex story. The recruiter, pessimistic by trade, knows this tale all too well and therefore tries to deconstruct it.

What are they hiding? This is the question forever ingrained in the recruiter’s mind as he scans the resume, his eyes trained to notice slighter errors than the search engines he’s learned to pilot for survival. “Years graduated… check. No gaps in jobs… check. Decent school…check. Looks pretty good, but wait, what’s your GPA?” the pessimistic recruiter says.

“Oh that doesn’t matter” the candidate in rose covered glasses replies, as if he knows what does and doesn’t matter for a job he may or may not know about. The remainder of this article will defend GPAs and talk about why they matter for hedge funds.

A GPA is a universal gauge across all majors that allows for the quantification of a candidate’s academic success. This gauge is particularly important for positions inside financial firms that welcome a broad array of backgrounds. Asset class researchers, Investment Bankers, Operations Support, Compliance, HR, all of these positions are relatively non-discriminant when it comes to educational background. If that’s the case, how does one judge the aptitude of a Physics Major who lived in the lab to a Business Major who lived in the library? Cross-checking success on general education classes everyone had to take? No. Nobody has the time to be so scrupulous with a transcript. Rationalizing that one major is harder than the other? Sometimes. But not always.

I can hear the people in the hard sciences (engineering included) yelling about how collective GPAs are lower in their respective fields so it puts them at a disadvantage. Perhaps that’s true, though I don’t think someone in the arts could bear to hear engineers grumble about their job prospects. That’s like a guy in an HOV lane complaining about his commute to a friend sitting in traffic.

The numbers don’t lie. According to a May 2013 study by Georgetown University, the unemployment rate for recent grads in the arts is 9.8% and 7.0% in engineering. But it doesn’t matter. Engineers with high GPA’s exist. Actually an abundance of them do. Their voices are simply muted by peers yelling about injustices.

For better or worse, the GPA scale between majors is less like a currency exchange and more like the Euro: a lot of different countries live differently and do different things but are still graded by the same billing sheet in Brussels. The Academy rationalizes similarly. When all else fails, when diversity becomes difficult to standardize, better to use an instrument that measures a rate of success governed by the same maxims in every field: A = great. B = good. C = average…you know the deal.

However, as in finance, no instrument is entirely accurate. But at least it’s something. And before saying that something already instilled in the system should be changed, one should offer a good alternative. Aside from some scattered internships, which do matter, entry-level resumes are blank slates. People enter the job market with a degree and a discipline.

Often when a recruiter asks for a GPA the candidate first provides his major GPA. There are goods and bads to this strategy. For now we’ll avoid the obvious positives, that you’re being hired for a job in financial engineering so relatable classes are most significant.

Let’s instead consider the less obvious- where it’s bad. What’s your response to why other grades out of the discipline were low if your engineering grades are so good? Does it mean you didn’t try in the classes that didn’t interest you? Red flag. Everyone does things at work that don’t interest them. Yours will be no different. Does that mean you’re going to slack off? Or does it mean that these liberal arts courses, so frequently dismissed as a joke, were harder than you thought. For if something is so inherently easy and you don’t do well on it, it begs the question of your own aptitude. You’ve begun to dig a hole, especially because any real engineer will say you’re a fool for the anti-arts rationale. Even the hardest of scientists cannot escape writing and expressing their thoughts through effective means of communication. In fact, a lot of the best ones write all day. They write research grant proposals. They write dissertations, books, everything.

Funny, when defined that way maybe the arts and the sciences aren’t as far from each other as originally imagined- maybe that’s why the entire GPA matters and not just a portion of it. Put in a Carvillian way, ‘it’s the interconnectedness, stupid!’

“What about the extracurriculars? That’s why my GPA was down” the candidate  in rose coerved glasses says.

Enter the excuses portion of the candidates’ rebuttal regarding their GPA.

Before proceeding though, let’s clear up a few things people tend to forget. Hedge funds are businesses. Businesses like people who succeed at the job they agreed to do. Right or wrong, they see your experience at the University as a job of some sort. You know the standards of excellence and you can or cannot, will or will not abide by them. A person that’s gotten closer to the infamous 4.0, at least in their eyes, has done so. That’s who they want.

But what about the person who spent their every waking minute studying while I was club President of the Young Democrats, ran organizations, helped the alumni association and volunteered at animal shelters? Nobody said you shouldn’t be commended as an individual. In terms of character you may have loads more of it then whoever gets the job. Two things, if you look at most job reqs the whole character portion of what’s required is usually way beneath the core skill set. It matters to some extent but not as much as whether you can do what’s actually being offered to do. And not every job calls for the next John Galt. They don’t need an earth shaker. Many jobs, and this is particularly true at hedge funds, call for the exact opposite. They want people that fit into the mold, blend into the cohesive unit of the firm, keep the ball rolling.

Also, in terms of excuses, and this is again why we need the GPA indicator, nobody cares. The whole ‘my life was worse than everyone else’ sob story means as much to a recruiter as the Times New Roman font you chose to print your resume with. They’ve heard it all. The bottom line is that everyone was given a task and you fell shorter at it than someone else. Everyone has their reasons for not getting a high GPA. People forget that the guy in the library who pulled it off has his reasons why he couldn’t have gotten it too. But he did. He pulled it off, even in a lot of cases if that meant getting an ‘A’ in an English when they barely even speak the language. That means something.

More often than not poor grade point averages require a detour to get into a hedge fund. Fortunately time is a healer and sometimes the longer road is the better path. As your college days dissipate and fade into the rearview you’ll notice an ecological succession underway. Career experience will weed out a few bad test scores. It may take a timber harvest or two, but new jobs will uproot the decay of low GPAs and camouflage it with new greenery. At that point rose covered glasses can be replaced with lenses a little more real. It’s just that when one has a blank slate there’s a tendency to make mole hills look like mountains.