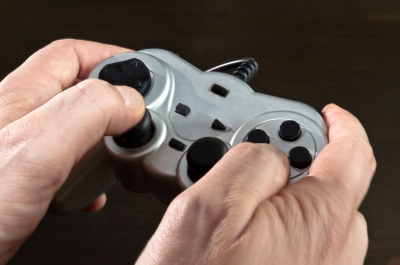 National retailer GameStop buys and sells merchandise from current gaming systems. Customers can walk in with a gently used Nintendo Wii, XBox 360 or Playstation 3 console, as well as newer gaming systems, in order to earn cash or store credit. GameStop also buys video games for these systems to resell later.

GameStop plans to buy retro gaming systems and video games dating back to the Nintendo Entertainment System, starting April 25, 2015. About 250 stores in two markets, New York and Birmingham, Alabama, start the pilot program. If successful, the program may go nationwide by the end of 2015, just in time for the winter holiday shopping season.

Customers bring in gaming systems and games for Super NES, Sega Genesis, Sony PlayStation, Nintendo 64 and Sega Dreamcast, in addition to the Nintendo Entertainment System. The added inventory should increase the number of games GameStop offers to approximately 5,000 titles.

Once in hand, stores send gaming systems to GameStop's Refurbishment Operations Center in order to inspect, test and repair the systems for resale. Customers should expect a two-month turnaround from the initial trade-in period until these consoles and games go on sale. This allows GameStop to build up an inventory of games and systems. The company needs stock because these items only sell on GameStop.com. However, customers may order the consoles in a physical store and have them delivered to their local store. These used consoles have the same warranty as other refurbished systems sold in brick-and-mortar stores, which is good news for customers who want some time to try out their new retro games.

This news follows GameStop's move to accept PlayStation 2 consoles in March 2015 for trade-in credit. The company also found a way to repair the "red-ring of death" in Xbox 360 gaming systems. GameStop has the right idea to guarantee these retro systems without cluttering up the company's relatively small storefronts. Gamers already have a mindset of buying and selling things on the Internet, so stocking these systems should not be a problem.

Retro games have made a comeback since the economic downturn of 2007. In 2012, older games and systems were sold with new fervor. Adults nostalgic for their youth and a new generation of gamers turned away from the glut of new games, apps and mobile games have an interest in classic games. Franchise games like "Final Fantasy," "Super Mario Bros." and "The Legend of Zelda" make die-hard gamers examine earlier titles on retro consoles.

Add YouTube "let's play" channels and live streaming of gameplay to the mix, and the popularity of retro games becomes apparent. Instead of just playing these games, 20- and 30-somethings monetize their hobbies by showing gameplay on YouTube to create advertising revenue.

GameStop looks to make waves in the gaming industry by the holiday shopping season in 2015. The company wants to sell unique gaming systems not normally sold in retail stores, which creates a niche market for the chain to exploit and increases profits with very little extra effort.