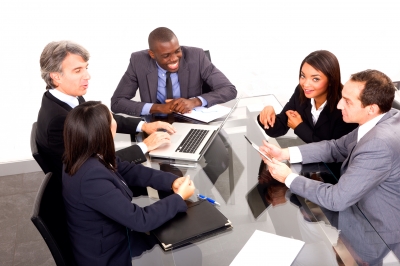 Millennials, sometimes referred to as "Generation Y," are often a subject of divisiveness in the workplace. Millennial workers as a group suffer from a public perception problem. They are often thought of as needy, lazy and not as self-sufficient as previous generations. However, this generalization may be unfair. A study conducted by Deloitte India and Millward Brown reveals that younger workers are indeed driven and competent, but they often have different priorities than their predecessors.

While current corporate strategy across the globe typically focuses on profits, the study shows that a large number of millennial workers believe in a more people-focused corporate structure that also focuses on corporate responsibility. The study was widespread, covering almost 8,000 people across 29 countries. The study results refute the idea that millennial workers are without ambition. The focus of their ambition is simply different from that of the generation that preceded them.

Millennial workers' preferred focus on people and relationships is not surprising, considering that Generation Y has grown up in the age of the Internet and social media. This makes them better adapted to reaching an audience or a targeted demographic through a social media campaign, but they can also be overly reliant on this technology and get distracted by it. While millennial workers tend to require more feedback and encouragement than Generation X before them, they have also been shown to be very self-sufficient and capable of solving problems by themselves without moving the issue up the chain of command.

The study also showed that 80 percent of the millennial workers polled in India aspired to a leadership position in their company, with an almost equal amount seeking to become senior executives. This is good news, because it means companies will have a number of qualified candidates to choose from when it comes time to promote new talent into corporate leadership. However, the challenge becomes acclimating potential leadership candidates to the current corporate structure and priorities, while also acknowledging new visions for the future.

With many millennial workers wanting to focus more on employee development and worker satisfaction, issues like gender inequality in both management and pay scale may get greater focus. However, millennial men in the study were about 12 percent more likely than millennial women to say that they wanted the top job in their company. They were also 6 percent more likely to rank their own leadership skills highly right after graduating. It also remains to be seen whether a worker's priorities stay the same once the worker is actually in management, compared to when these questions were initially asked for the study.

Millennials currently outnumber baby boomers in the overall population. However, the demographic makeup of the millennial population is much more diverse, which also may explain why there is a shift in priority from strictly profit to interpersonal relationships and employee development. An increasing number of millennial workers are going to be in leadership positions as baby boomers retire, which could result in a dramatic shift in the way corporations conduct business.