Getting More Girls Into Programming 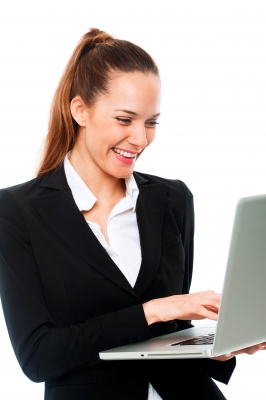 Technology-related degrees such as computer science and engineering offer high income and flexibility for those who pursue them, but women receive less than 20 percent of computer science degrees as of 2015. Female programmers are still a rarity, but rising initiatives and a changing public perception are steering more girls and young women towards programming and related fields.

Programming has long been considered a male occupation by the general public. Pop culture has helped to make certain traditionally male professions more attractive to women, such as forensic science as shown on TV shows like "Bones" and "CSI." However, the ratio of men to women in computer science film roles is 5.4 to 1 in prime time and 14.25 to 1 in family film.

Additionally, most elementary and middle schools fail to teach computer science, so young girls have little chance to develop the dream of becoming a programmer. As a result, a number of organizations are forming to give girls and young women access to programming education. New York’s CodeEd began as an initiative to bring programming knowledge to disadvantaged middle school girls at Girls Prep charter school, with plans to expand to other New York schools. The program includes five weeks of HTML and the opportunity to learn Python, Java and JavaScript to help create an interest in programming.

Based in Los Angeles, Iridescent learning is a mentorship program for high school students that cultivates female programmers by teaching mobile app development. The students also learn about location services, databases and object-oriented programming while working toward a start-up. Geek Girl Camp of Boston is providing weekend learning opportunities to aspiring female programmers through day-long boot camps, presenting them with career options to pursue.

Offering an eight-week program for high school and middle school students, Girls Who Code is a nonprofit aiming to close the gender gap in engineering and technology. Yet another nonprofit, Rails Girls, focuses on basic programming and prototyping and has taught in more than 160 cities. The program's founder, Linda Liukas, is branching out to an even younger audience with the Kickstarter children's book "Hello Ruby" geared towards girls ages 5 to 7.

Another obstacle that female programmers face is the potential lack of equal treatment in the workplace. At Microsoft, for instance, only a small portion of women occupies the highest-paying tech and senior leadership positions. Many companies are taking active steps toward avoiding such disparities.

Although female programmers may still be the minority for years to come, the trend toward women in the field of computer science is headed in the right direction thanks to dedicated organizations. Parents can help by encouraging girls to consider tech-related hobbies and develop an interest in programming, and male programmers can make female programmers feel more welcome by eliminating sexism in the workplace.

28 Photos Take You Inside The Beauty Pageant For Girls With Special...
news via Refinery29