Getting Your Team Ready for Automation 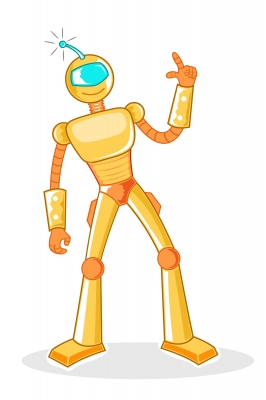 Are your workers set for a robotic revolution? This doesn't necessarily mean that machines are going to overthrow humans. However, it does mean you and your team should get ready for automation at the office. The job market may change drastically between now, in 2017, and the 2030s. Luckily, that doesn't mean unemployment will increase.

According to a survey conducted by Atlassian, workers foresee a different workplace in 2020. Out of 2,000 respondents, 87 percent said they believe artificial intelligence may take over a portion of their jobs by 2020. Nearly 40 percent said they already see some form of artificial intelligence at the office, while 76 percent reported that an automated system could perform at least some or half of their jobs. You and your team should get ready for automation, since this form of technology is already at work.

PricewaterhouseCoopers, in March 2017, said that 40 percent of American jobs are likely to disappear due to automation. Laws and regulations may prevent some jobs from automating. However, the job market should be ready for automation sooner rather than later. Fortunately, more automated processes can give way to a stronger labor market. Workers who want job security in the future must adapt.

AT&T uses machine learning to help drones spot trouble on cellphone towers, which lets technicians know where to focus their efforts when they climb up the towers. A special algorithm analyzes the video footage taken by the drone so the tech doesn't have to watch 30 minutes of video. The drone saves time, and the technician doesn't have to climb up the tower if it's not necessary. Further, the video software also saves time by analyzing the footage, but the technician needs to know how to fly the drone and use the video software.

Automation creates highly skilled positions for people who encode algorithms for software, fix bugs in computer programs or repair any mechanical machines that run on advanced programs. Technicians must analyze data produced by robots and make adjustments based on that information. People ready for automation should learn new skills that revolve around technology, programming and data analysis.

Automation may lead to unemployment for many people, but it might also lead to an increase in service-based positions. A Canadian bookkeeping company, Bench, used automation to decrease overhead costs. The company was able to lower the prices of its services, which attracted new customers. Bench grew so much that the company had to hire more salespeople and customer service reps. The automation may have put some accountants and financial experts out of work, but it did create jobs for service-based workers.

In the early 1900s, vehicle assembly lines caused people to lose their jobs, but Henry Ford's company grew quickly afterwards because he was able to lower the cost of cars. Ford ultimately hired more people to perform a variety of different tasks to support his growing business. Workers who are ready for automation are better able to adapt to changes that occur due to advancements in technology.

Are you ready for automation? If not, it's time to get ready. Form a partnership with the robot in your computer to boost your job prospects in the future.

This Irish CEO explains how a barista in a hipster coffee shop insp...
news from Markets