Going From IT to IoT Builds Your Skills 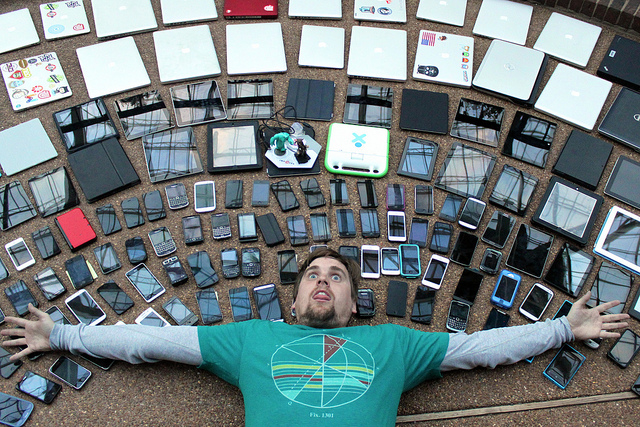 IT concepts at the office have changed drastically thanks to the Internet. Instead of creating a database architecture from scratch at work, IT employees may spend more time on cybersecurity and connecting to cloud-based systems. Build your skills beyond traditional IT work by getting in touch with the Internet of Things at the office.

Consider the facts of how fast the IoT is growing in the United States. A 2015 survey from Gartner states IoT devices are already in 29 percent of businesses, and as many as 64 percent of companies plan to invest in IoT eventually, while 14 percent plan to implement some kind of strategy in 2016.

IoT represents an evolution of IT, and it gives you a chance to build your skills by adding to your knowledge of integrated computer systems. Once you know how IoT devices can improve the workplace, automate certain processes and make the office more efficient, you become more valuable to your employer. Connected devices save money, thereby improving profits.

The difficulty is IoT is a forward-thinking aspect of the IT industry. Of the 800,000 IT jobs posted to job boards in early 2016, just 1,000 listed IoT as a major part of the job. Despite this small percentage, you miss the boat when you fail to build your skills by embracing IoT at work.

One emerging field is analytics. Companies use data collected by devices and compiled by computer software to analyze how to run the business better. To master analytics, you must build your skills around operational technology as it relates to IT.

Operational technology, or OT, involves how real-world objects affect a company's profits. HVAC efficiency, automated assembly line equipment and fleets of vehicles can all change a company's expenses. IoT, literally and physically, combines IT and OT because connected, real-world devices collect data. This information transmits to computers where advanced software compiles the data. Humans then interpret what the numbers mean.

Build your skills from the IT realm by knowing how operational technology works with computers. Several relevant examples already occur in major industries. Onboard computers in cars and trucks need regular software updates, and an IT expert needs to know the optimal time to download the new programming upgrades. Pipeline sensors used by oil companies need batteries replaced every so often in the sensors for a vital link to detect any anomalies in the pipes.

Connected devices are the wave of the future, and that technology isn't going away any time soon. Therefore, you need to start advancing your knowledge of IoT before you get left behind. Educating yourself on IoT comes from many places, including formalized courses, monitoring trends, industry news, talking to co-workers who use technology and consulting with the rest of your IT team. Take advantage of expert knowledge so you can further your career while giving your employer a valuable new asset in your skill set.

Companies turn to in-house technology experts, namely the IT staff, to solve problems and issues with connected devices. When you become an expert at handling IoT devices as you build your skills, you become more valuable to your employer over the long term.