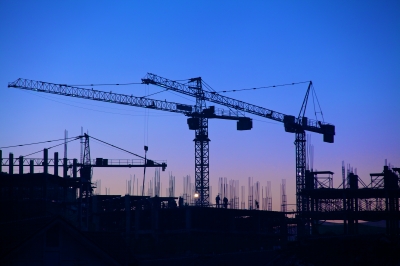 The US housing industry has faced tough times in recent years—house construction slowed in 2006 and reached new lows in 2012. The industry was in need of good news, and it received just that in December 2013: the US Commerce Department reported that housing starts rose 22.7 percent over the previous month. The seasonally adjusted rate of 1.09 million units was the highest level dating back to February 2008—shortly after the recession began—and the 22.7 increase in house construction was the largest the industry has seen in more than two decades.

The big home construction jump is excellent news for the US economy, considering it wasn't prompted by a sizable decrease in mortgage rates. Those rates remain about a percentage point above their level last spring. Economists feel confident this upsurge in home construction will continue, raising their fourth-quarter gross domestic product estimates about two-tenths of a percentage point based on the increases. The housing industry improvement has led to stock price increases for Fidelity National Financial, the largest title insurer in the United States, after analysts recommended buying the stock to enjoy gains from the recovery.

It's yet to be seen just how great an effect the house construction rise will have on construction jobs overall, but analysts remain optimistic. Their forecasts for housing starts in 2014 run as high as 1.35 million. That would be an increase of about 400,000 over 2013 housing starts. Analysts vary in their interpretations of how many jobs each housing start is worth, but it's generally between three and 4.5. That means the house construction surge could create as many as a million new jobs, which would greatly reduce the unemployment rate. According to the National Association of Home Builders, each new home also generates approximately $90,000 in tax revenue.

Geographically, the biggest increases in home construction occurred in the South and Midwest. A smaller rise occurred in the West, while construction declined a bit in the Northeast. Overall, builders feel confident this will be a sustained recovery: a recent builder sentiment index released by the NAHB and Wells Fargo matched an eight-year high.

This exceptional increase is considered great news for the US economy, which has been in need of great news for a while. From the possibility of adding as many as a million new jobs to its effect on the tax base, the house construction surge appears to be in full effect, and signs look good for that to continue.

Your Horoscope This Week
news via Refinery29
Bethesda's Nannies Brace For Government Shutdown
news via Politics - The...