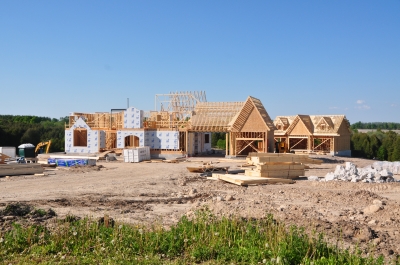 The US manufacturing industry took a big hit during the recession, losing approximately 2.3 million jobs. This past November, 27,000 jobs were added—a sharp increase from the 16,000 jobs added the previous month. The job gains were the highest since March 2012 and have brought the manufacturing workforce up over 12 million for the first time since April 2009. It is clear that the market is starting to accelerate its recovery, and we are seeing the effects of some pent-up demand. Consumers put off big purchases, such as cars and appliances, during the recession; with consumer confidence on the rise, sales of automobiles are now booming. In addition, with foreign economies on the mend, US exports of airplanes and other goods are surging. The auto and airline industries have many feeder industries, so these effects will be felt throughout the economy.

The construction industry is also feeling the effects of the economic rebound. The industry added 17,000 jobs in November 2013, up from 11,000 jobs the month before. Fueled by the housing market recovery and energy boom, new home sales are expected to rise even higher over the upcoming year, reaching 530,000—up about 100,000 over this year. This is good news for furniture and home-goods manufacturers and retailers, as new home sales tend to drive up their sales as well. The US Bureau of Labor Statistics has even more good news for the construction industry. A recent report said that the greatest job gains in the next ten years will be in the construction and health-care sectors, with these two fields projected to add about 5.3 million jobs over the course of a decade.

The job gains in the construction and factory industries are also good news for the rest of the economy. These jobss tend to be higher paying than the retail and hospitality positions that made up a good portion of the job gains in recent months. Experts are hopeful that these solidly middle-class job gains will energize the entire economy, increasing overall demand. After adding more than two million jobs this year, the most since January to November of 2005, the economy is on the rise.

Hopefully, 2014 will be a great year for the construction and manufacturing industries. Although both industries were hurt by the recession and haven't fully recovered, with recent job gains and a strong outlook for the future, the industries are poised to make a strong comeback.