Google Tries to Inspire Girl Coders in Made With Code Campaign 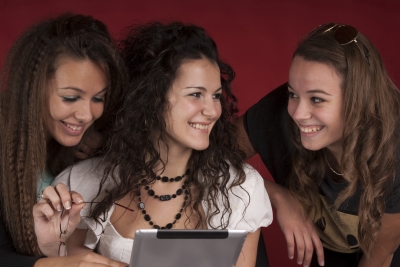 Google's code campaign, designed to inspire and attract more girl coders to the field, has pledged $50 million in its effort to support women in computer science programs. Called Made With Code, the campaign seeks to address the lack of women in computer science through increasing the depiction of female engineers in media, rewarding teachers and creating opportunities for girls to participate in coding events and lessons.

Less than 1 percent of high school girls see coding as a part of their future. The study, conducted by the American Association of University Women, attributes the underrepresentation of girl coders to implicit biases and assumptions about intelligence. Google's own research agrees: a critical lack of exposure and encouragement prevents young girls from pursuing computer science degrees. Made With Code has partnered with celebrities, magazines, non-profits and corporations to show the importance of code and its relevancy to everyday life. YouTube CEO Susan Wojcicki underlines the importance of teaching girls to code by calling coding "a new literacy."

Succumbing to external pressures in early 2014, Google released statistical information about its employee demographics, revealing that less than 2 percent of hires are black and that women make up only 30 percent. Google has attributed the lack of diversity to a paucity of qualified candidates. Telle Borg, CEO of the Anita Borg Institute, has weighed in on the issue, blaming leaders for their failure to groom girl coders for top positions and preventing them from seeing computer science as a viable career path. Made With Code seems to take this criticism to heart, receiving endorsement from Chelsea Clinton and Mindy Kaling.

Google's code campaign targets girls from middle school to high school age, and its website is loaded with resources and videos to help aspiring girl coders to get started. The campaign kicked off with a New York event emphasizing the connection between art, music, fashion and dance to coding. Hosted by Kaling, the event attracted 150 teenage girl coders, including attendees from Girls Who Code, Black Girls Code and even chapters of the Girl Scouts. Guests and speakers included numerous women with prominent code-related positions, such as the Google X Vice President Megan Smith and Pixar Director of Photography Danielle Feinberg.

Google is not the only company to have noted the dearth of girl coders; despite a male-dominated workplace, Etsy also offers a coding scholarship for up to 20 women.

The stereotype of the coder as white, nerdy and, above all, male is archaic, made redundant by the ever-present push for diversity and representation of all races and genders in every field. Google's support extends not just to young girl coders but to women of all ages, launching, in addition to Made With Code, a scholarship available for people of color, the disabled and people in the gay or trans-gender communities.