Google Will Use Satellites to Provide Internet in Developing Countries 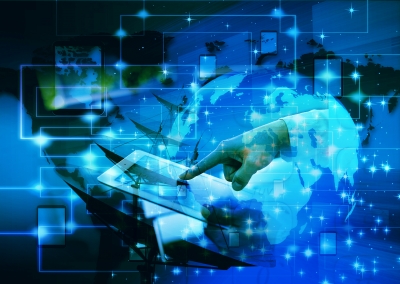 From a first-world perspective, the Internet is a world-wide phenomenon, connecting all corners of the globe. However, there is still a significant portion of the world's population that does not have access due to censorship and Internet-infrastructure restrictions. Google plans to address infrastructure issues with Google Internet access made available through an upcoming, massive satellite launch.

During the early years of widespread World-Wide-Web access, Google was just another dot-com upstart, one of many search engine choices. However, it did not take long for Google to become the most dominant search engine in much of the world, which is no small feat. At the same time, Google became one of the industry's most formidable and even iconic tech giants, with a wide range of successful software and hardware products. Recently, Google has been extending its reach exponentially, with everything from operating systems to investments in environmentally-friendly energy sources.

Any entity in the fast evolving tech world must demonstrate ambition. One area where Google has yet to try substantially flexing its muscle is Google Internet access, apart from some inroads in the fiber-optic Internet arena. For the most part, stateside Internet access is the domain of long extant cable and telecommunications companies. Although Google did not immediately attempt to enter this facet of the market, the company is displaying undeniable ambition by investing a massive sum of resources to bring Google Internet access to currently Internet-deprived parts of the world.

The Mountain View-based behemoth is planning to accomplish this feat, not through laying fiber-optic cable or other ways of expanding earthbound infrastructure, but by launching its own series of satellites for Google Internet access. The extent, and expense, of this project is yet to be determined, but Google is ready to spend more than $1 billion, and possibly in excess of $3 billion, to launch as many as 180 satellites as part of this unprecedented undertaking.

This new program is not the first time that Google has looked towards the sky, with enterprising ambition. The company made headlines in 2013 with Project Loon, a plan to use balloons to bring Google Internet access to regions not supported by current Internet infrastructure. To say that the Google plans to use orbiting satellites is an evolution of the recent, high-altitude balloon project is an understatement. Other sizable companies hold monopolies on high-speed Internet access in various, contained regions; However, Google plans to extend Google Internet access beyond a regional, or even national, phenomenon, to a world-wide one.

One of the most exciting aspects of watching a giant tech company launch ambitious, and fairly experimental, projects is the opportunity to see innovation happen. The intrigue extends beyond the Internet users who are curious to see what happens with Google Internet access. On a much larger scale, the world is witnessing the unlimited capabilities and expansive reach of Internet infrastructure: It expands global communications in a way that is potentially exponential.

(Photo courtesy of SOMMAI at FreeDigitalPhotos.net)

Register
Sign In
Alexa in space? Why free-floating AI friends are in our interplanet...
news via Yahoo News - Latest...