Grunt Work: When is Busy Work Too Much? 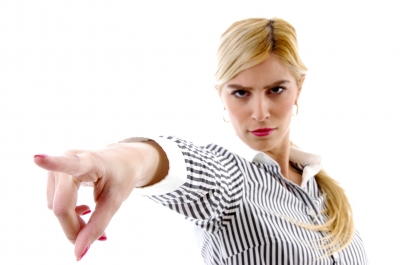 If you’re a recent grad or a relative newbie on the job, chances are you’ll be asked to do some grunt work—repeatedly fill the copy machine, fetch the boss’s morning Starbucks, wipe off the conference table. It’s a rite of passage for many cubicle workers. Most people do the work because they know it’s expected of them. But when is grunt work too much? When do you say, “Wait a minute, I didn’t hire on to do this forever.” Some suggestions to help you decide when enough is enough:

Before you blow a gasket and march into the boss’s office, do a reality check on what you’ve been asked to do.  Will the grunt task help you in any way to improve your overall job performance? Is it something you would consider putting at the end of your resume? Will it help you improve a relationship with your co-workers? Consider, too, how your refusal or even complaining would impact the “team.” If you’re being repeatedly asked to do grunt work, you might confer with your co-workers and ask them if they went through the same “grunt gauntlet” when they first hired on. If so, eat the grunt work; if not, you may have to put your foot down and speak to your boss about it. Check out this Doing Grunt Work with Grace video for some added insights.

Singled Out to do Grunt Work?

If you’re not the only newbie, and your boss repeatedly singles you out to do grunt work, you need to assess the situation. Nothing can be more annoying that watching your peers merrily do their jobs, gaining valuable experience, getting the high visibility tasks that lead to promotions while you’re buried in step-and-fetch-it tasks. There is an outside chance that your boss trusts you more than your co-workers to do this busy work. Or he or she could be testing the limits of your resolve to prepare you for some major task or project. Consider this when you march into your boss’s office. In Why “Grunt Work” Matters, Lindsey Pollak notes that happily performing “menial” tasks helps one defy the stereotype that Gen Y workers are lazy or entitled, and that grunting will eventually make you a better boss later.

It happens. You’re relatively new and your senior co-workers decide to heave their grunt work on your shoulders. It seems normal at first. After all, you’re new, you need to pitch in, do it for the team, get your feet wet, be initiated—kind of like a sorority or frat initiation, but without the humiliating clothes and pie in the face. You do it for a while and you smile. But if the “hazing” never stops and you’re doing their grunt work for weeks or even months on end, it’s time to say, no. You may get the cold shoulder for a while, but this usually ends when the next newbie is hired on. On the lighter side, one tactic in avoiding grunt work is to always look annoyed—as Seinfeld’s George Costanza demonstrates in this video.

Buried under by grunt work? It may be SOP in your office. But there are limits. Know what they are and when to say, enough.