HP to Split into Two Companies 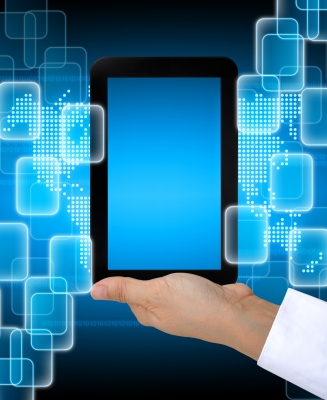 In late 2014, technology giant HP announced that it would be splitting into two companies. The move comes as part of the company's massive restructuring efforts. Though the HP split is not set to take place until 2015, industry analysts and experts are speculating about its effect on HP and the technology industry as a whole.

News of the HP split was confirmed by company officials on October 6, 2014. When it occurs, HP will break into two separate entities: HP Inc. and Hewlett-Packard Enterprise. HP Inc. will handle printers and PC products. Hewlett-Packard Enterprise will take on the company's business-focused products and services, including networking products, software, servers and storage. With the split, HP follows in the footsteps of companies like Barnes and Noble, which recently separated its Nook business from the rest of the corporation.

The HP split is part of CEO Meg Whitman's multi-year plans to restructure the company. Whitman, who has been in charge since 2011, has already made significant changes in HP's PC and printer operations. In the years since she took charge, HP has laid off approximately 45,000 people. After the HP split, Whitman is set to serve as President and CEO of Hewlett-Packard Enterprise, and Pat Russo will take on the role of CEO of HP Inc. Whitman will also serve as the Chairman of HP Inc.'s board of advisors.

By splitting into two companies, technology giant HP enables both groups to respond faster to changing demands. Each group will have more independence and flexibility, which is essential to development. The move is particularly advantageous for the Enterprise group, which has considerably higher profit margins than the consumer group. Because each of the new companies have a more defined focus, they will be better able to create innovative and profitable solutions to current issues. The split is expected to improve the future of HP, which has already achieved an estimated savings of 4.5 billion after recent layoffs.

The HP split has been under consideration for the past year. A similar plan was previously considered by the previous CEO, Leo Apotheker, but it was shelved after shareholders responded negatively. The winds have shifted since 2011, however, and the current split is designed specifically to satisfy corporate shareholders. It is engineered to provide long-term value by enabling both entities to survive independently of each other.

The early response to the HP news among analysts and consumers has been mixed. Following the announcement of the split, company share prices increased by 4 percent. In the following weeks, however, prices declined steadily. As of October 14, 2014, stocks had dropped to just over $32 per share — a three-month low. The drop has the potential to be a blip, however, as the company's share prices have been on a steady upward trend for the past year.

Although the HP split is not scheduled until 2015, experts are already predicting positive effects for shareholders. With independent resources and agile business models, both new companies will be better positioned to serve businesses and consumers.

Image courtesy of twobee at FreeDigitalPhotos.net

The CEO of Hewlett Packard Enterprise tells us why the company is '...
news from Markets