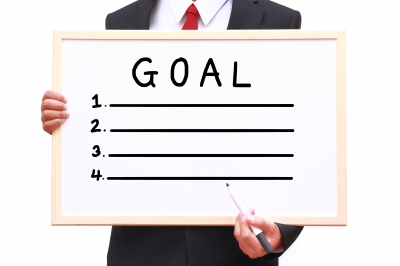 Highly effective administrators know how to manage their time, stay organized, and keep calm. When you lack these good work habits, you risk compromising your work performance and garnering unwanted attention from the higher-ups. But fighting against years of bad habits isn't as simple as an overnight attitude shift. Instead, you need to focus equally on creating structure, which means setting up realistic goals, working toward consistency, and integrating the habit loop.

Personal habits can bleed into work habits, especially if they're preceded by a long history. For example, if you've spent years showing up late for school, doctor's appointments, and family dinners, this penchant for tardiness could extend to work hours and deadlines. Clock in five minutes late enough times, and your coworkers and bosses are likely to notice your unfavorable work habits and maybe even question your ability to perform your administrative duties. Reforming age-old habits sometimes requires professional help, such as hypnotherapy services. But oftentimes, you can address them yourself, as long you're realistic. Many experts on behavior advise to take small steps initially. It's more important to stick to a small goal that you can accomplish consistently over time than make a big change that leaves more room for disappointment. Strive for consistency, and you'll find that performing those small changes will start to feel effortless.

The three stages of habit formation—the cue, routine, and reward—also provide the structure you need to create a new habit. This loop is simple but effective: set a trigger, follow a routine, and reaffirm your success with a reward. The cue or trigger is the tool that sets everything in motion. If you're trying to combat tardiness, try setting an alarm that reminds you to pick out tomorrow's work outfit or prepare breakfast and lunch in advance. The initial alarm triggers the routine, which is designed to help replace the old work habit by getting you out of the door on time. Give the routine structure by executing the cue for a couple of weeks, preferably at the same time and place. Doing so gives your brain time to learn the new behavior until it simply becomes habit, not a chore.

Establishing a reward structure is just as important, whether you're forming organization habits or correcting a mental routine. The reward makes the behavioral change worthwhile, and it's up to you to determine what the reward is to be. Oftentimes, it's inherent to the action performed, such as the productivity gained from cleaning a desk, but it can also be assigned. Maybe rewarding yourself with a couple of minutes to eat a snack or check your personal phone is what really motivates you. Either way, the reward should be structured much like the goal setting: cue and routine. If they're not consistent, reliable, and actionable, creating new work habits could be even harder than anticipated.

Due to the nature of administrative work, some of the most common and unhealthy habits have the potential to jeopardize your job. But new habits don't materialize out of thin air. They need structure to stay put. The cue, routine, and reward system serves as the building block toward better, permanent work habits. With this level of structure, you can take control of your behavior at work by forming organization habits that enhance productivity as well as making other improvements.

The CEO of Nasdaq asks herself two questions to keep her career and...
news from Markets