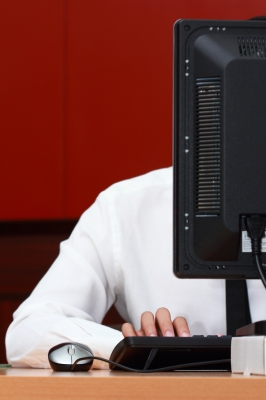 The Advanced Storage Technology Consortium released a new report in November 2014 that outlines what technology will be used to create a 100 TB hard drive by 2025. This new computer hardware combines two prototypes still in development.

The impetus behind increased memory capacities is due to the gaming industry's demand for better video game engines. New memory drives enhance digital video and make game speeds faster. With 100 TB hard drive technology 10 years away, it is conceivable that on-demand streams in cloud storage may replace digital downloads to individual devices.

Current memory technology tops out at 10 TB of storage. Perpendicular magnetic recording uses a second layer of memory medium instead of just one within a disc. A magnetic writing element penetrates deeper into the medium so that information is written on vertical magnetic poles rather than horizontal ones, thereby using more disc space without increasing the size of the disc. This hard drive has been the industry standard since 2005, but video gaming has caused storage capacities to increase exponentially.

Future hard drive discs include heat-assisted magnetic recording. This technology uses a tiny laser to imprint information with heat and magnetism. The small burst of heat overcomes a previous limit set by magnetic properties to increase storage densities up to 100 times. Heat-assisted magnetic drives are not commercially available, but this hardware is still in development as of 2014. Computers may not contain this drive until 2017 when it becomes cost effective.

What does this technology mean for the future of computing? Large data-storage companies will likely invest in these drives first, a move that simply makes cloud computing and remote storage even more profitable. Companies with huge warehouses full of data banks will be able to store even more information in the same amount of space. Companies that use these new drives first get a jump on the competition.

Hard drive technology will accelerate rapidly in the next decade, thanks to consumer demand for faster computing and better data storage options. Better memory leads to smaller computers and new devices for consumers to buy. Companies that invest in this technology stand to benefit the most from this trend.