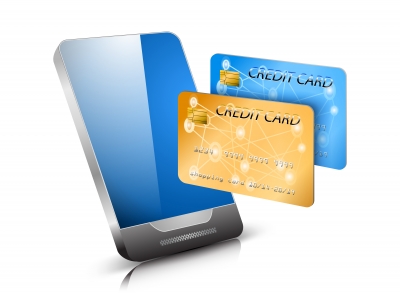 In September 2014, Apple announced the introduction of Apple Pay, a mobile wallet system that allows users to pay at retail locations with their Apple mobile devices, including cellphones, tablets and smartwatches. The system was touted as being more secure than credit cards and quick and easy to use at retail terminals, and company leaders anticipated rapid growth in 2015.

In reality, consumers are slow to adopt the new mobile payment system. Many do not understand the new technology and cite fear of security breaches and lack of information on how to use Apple Pay as their reasons for not using the platform. On top of that, many retail locations do not accept Apple Pay. Does this mean Apple Pay is a failure?

On the contrary, it likely just means that Apple Pay is off to a slow start. With countries like Denmark considering the adoption of completely cashless payment systems, it is possible that Apple Pay will grow to be a leader in payment methods into the 2020s. Here are a few reasons to expect Apple Pay and other mobile wallet systems to grow in popularity.

New laws require retail sales locations that accept electronic payments to have newer point-of-sale terminals in place that accept payment cards with embedded chip technology. These same terminals are often ready to accept mobile wallet payments. An increase in familiarity with the Apple Pay process for both retailers and consumers is likely to lead to growth in the number of customers choosing to use the system.

The Apple Pay process is streamlined and faster than the new chip-and-signature payment cards. With larger distribution of Apple devices that are Apple-Pay ready, it is probable that more and more users will give the system a try. After experiencing the ease of paying with a mobile wallet, customers frequently find that the convenience makes it a preferred payment method in the future.

A New Generation of Shoppers

With millennials making up an increasing share of the marketplace, expect technology to take center stage in shopping and customer transactions. Millennials know how to use technology and enjoy the convenience of doing everything with their cellphones. A 2014 Nielsen report found that 85 percent or more of millennials age 18 to 34 owned smartphones. This same group increasingly relies on mobile shopping for purchases. Extending mobile payments to retails sales is a next logical step.

A Focus on Small Businesses

Small and midsized businesses are often slow to embrace new technology due to the cost of upgrading their equipment. Apple is taking a proactive approach in encouraging small businesses to update and accept Apple Pay. Retailers should anticipate increased participation from customers as Apple Pay becomes a normal option during the checkout process at a wider variety of business types and locations.

Apple Pay may have gotten a slow start, but it is far from a failure. Cash retail sales are down, and new electronic options including mobile wallets are the way of the future. Expect less cash handling and more mobile payments, especially from tech-savvy millennials, moving into the 2020s.

Photo courtesy of mapichai at FreeDigitalPhotos.net

Register
Sign In
Forget Biden Vs. Trump: The Incumbent Is Winning in Stock Market
news via Yahoo Finance
EU orders Amazon to pay €250 million in back taxes to Luxembourg
news via MarketWatch.com -...

Apple says a failed component on the logic board of some iPhone 7 d...
news from Markets