Have the Millennials' Habits Really Changed? 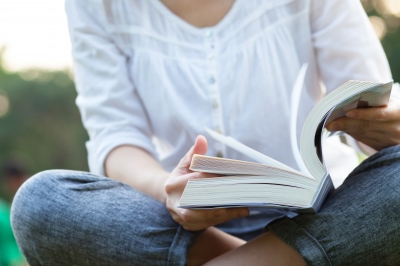 According to the stereotype, millennials spend all their time glued to their smartphones, streaming media and interacting with mobile apps. However, research released in June 2015 from analytics firm Neustar that used real-time offline and online transaction data suggests that millennial buying habits haven't changed much from those of their parents.

Millennials typically frequent the same big brand stores as people in the older generations. Nearly two-thirds of millennials surveyed said they had bought something from Target in the past three months. Almost half had shopped at Home Depot during the same period.

Although digital downloads are popular among this generation, millennial buying habits reveal they still have a love of physical formats. Thirty-nine percent of people between the ages 18 and 34 have bought a hardcover book in the past year, while only 7 percent purchased and downloaded an audio book. Despite the ease of downloading or streaming movies and other visual content, millennials still enjoy a trip to the movie theater. During the past six months, 35 percent have bought tickets to a showing at an AMC theater.

The data on millennial buying habits suggests this generation has a strong sense of nostalgia despite its relative youth. Many millennials remain loyal to big brands they enjoyed as children such as Capri Sun juice pouches.

This survey data shows the myths about millennial buying habits moving entirely online are false. Other myths about millennials still persist despite research showing they might not be as true as they first appear. For example, the stereotype that millennials communicate solely on social media prevails, but a study from Bentley University has shown they actually prefer to discuss important work-related issues face to face.

Other studies have revealed millennials aren't as lazy or as self-absorbed as their critics claimed. Millennials actually have a very strong work ethic although they're less likely to remain loyal to a particular company than older workers. By understanding both millennial buying habits and career ambitions, businesses can learn to engage this generation as both consumers and employees.

Overall, the Neustar research reveals millennials are perhaps not as different from the rest of the population as some people think. Despite fear-mongering predictions, millennial buying habits haven't entirely moved online. Like people of other generations, millennials have career ambitions that involve working hard and being valued by their employers as important members of a team.

In light of the latest research, perhaps it's time to stop thinking of millennials as an entirely different species. Despite all the hype, millennial buying habits are similar to those of older generations in that they still shop at big stores, enjoy a good trip to the movies, and gain pleasure from the feeling of a real hardcover book in their hands.

For this shopaholic millennial lawyer, lockdown on CERB was a finan...
news via Financial Post - RSS...