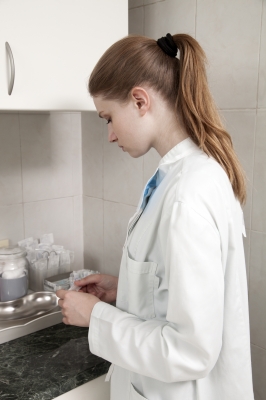 As the number of patients receiving even the most basic care from health care corporations grows, so does the number of man-hours needed to perform those duties. As a result, more and more nurses seem overworked and underpaid as the try to keep up with the demands of their employers. In fact, two cases during the summer of 2016 highlight this very real issue of labor standards within the industry.

Staffing issues and labor disputes between nurses and health care corporations are nothing new. However, the industry underwent rapid changes in the 2010s thanks to technology, the Affordable Care Act and the economic downturn that started in 2007. Instead of retiring, more nurses from the baby boomer generation remained in the workforce when economic times turned worse. Some health care systems invested in technology to help nurses, while others still lag behind in using paperless systems to track patient care.

A looming nurse shortage only exacerbates the labor standards for nurses. As baby boomers get older, they require more medical care. Nurses also fill gaps created by a shortage of doctors, which occurs most often in rural areas where patients feel doctor shortages the most. Even though nurses represent the front line of patient care and the face of health care providers, these workers are becoming increasingly dissatisfied with how their employers treat them.

In mid-July 2016, nurses staged protests at seven Kaiser Permanente facilities in California. The California Nurses Association, the labor union for nurses in the state, supported the protests by saying it would not result in work stoppages. The protest stems from an assertion that there is a statewide nursing shortage and the health care giant failed to address the labor standards of nurses. Kaiser Permanente said the corporation hired nearly 3,000 nurses between 2015 and 2016.

Nurses in California believe shortages in labor and delivery, as well as intensive care, caused patient care to decline. One solution outlined by the union includes hiring more nursing support staff to help alleviate the workload of nurses delivering care. The protests followed a March 2016 walkout by nurses working for Kaiser Permanente. The labor standards in California are just as drastic as those demonstrated in Dallas.

In August 2016, a nurse employed by Methodist Health in Dallas filed a collective action lawsuit on behalf of 1,000 nurses. The lawsuit alleges unfair labor standards for nurses forced to work through lunch breaks due to a shortage of nursing staff. The plaintiff says Methodist Health regularly docks the pay of nurses when they do not take lunch breaks. The breaks are automatically deducted out of a pay period regardless of whether nurses take the breaks or not.

Nurses with this health care system have to maintain patient care throughout their shift, which may mean taking care of patient or doctor issues while on lunch breaks. This conundrum is just one of many facing nurses in the health care industry as systems try to optimize their staffing levels.

Both the protests and the lawsuit help shed some light on how employers may have a disregard for front-line nurses providing the most critical care. Once labor standards for these employees improve, then, perhaps, the health care industry can move to fix other issues regarding quality of care.

Photo courtesy of alexisdc at FreeDigitalPhotos.net