Healthcare Exchanges Having a Tough Start 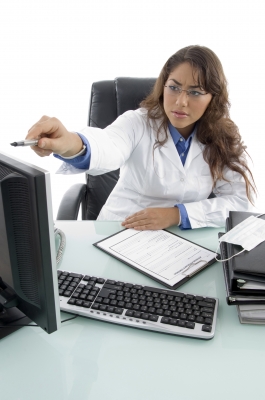 The Affordable Care Act, also known as Obamacare, changed the way health insurance works across America. The act includes provisions for online exchanges where insurance companies sell policies to Americans. The exchanges combine traditional insurance shopping online with information and qualification tools for subsidies that can help lower-income families receive healthcare coverage. The exchanges are one of the most obvious signs of the Obamacare changes, and their release has been fraught with problems.

One of the most obvious problems facing the federal healthcare exchange site is its inability to deal with high traffic. When many different users attempt to access a site at once, it can result in congestion issues. High traffic causes slowdowns, timeout errors, and incomplete data entry. Major federal sites should be able to deal with large amounts of traffic, but the Obamacare exchanges fail to work properly even for those with high-bandwidth connections. The president was unable to cite any completed healthcare enrollments through the site after its initial launch, and a major component of this was the site's inability to deal with the number of users attempting to access and complete enrollment using the online tools.

Technical problems continue to plague the online exchanges. The federal exchanges suffer from a number of technical glitches that make it more difficult to complete enrollment than necessary. A bevy of different server errors and related technical problems has led to user frustration and prevented completion for many users. These issues arise from a hurried deployment of the site and may be a sign that initial testing of the resources available through the exchanges need additional refinement before they are ready for the populace at large.

Other problems that have arisen during Obamacare deployment relate to the policies listed and enrollment data on the federal exchange site. Insurance companies may have issued policies based on incomplete health histories that require cancellation due to ineligibility for a specific plan or provision. Payment issues also arise when insurance companies attempt to bill payment sources or the federal subsidy provider to begin policy implementation. These bugs directly relate to how data passes from the federal site to the companies themselves. State healthcare exchange sites appear largely unaffected by many of the more crippling errors and data transfer issues.

The deployment of the Obamacare health exchanges has been fraught with problems. State exchanges seem to be doing much better, and nurses or doctors may wish to advise those seeking to enroll through the exchanges to use state versions when available. Many states have already exceeded their target numbers for completed enrollments. Obamacare may have revolutionized some aspects of healthcare and how hospital billing takes place, but the glitches on the federal side still prevent enrollment by otherwise qualified individuals.

Register
Sign In
As Republicans Cheered Obamacare's Repeal, The Law's Beneficiaries ...
news via Politics - The...

Trump's been saying some wild things about the economy - here's wha...
news from Markets

One Wall Street firm says a bear market will rock stocks in the nex...
news from Markets