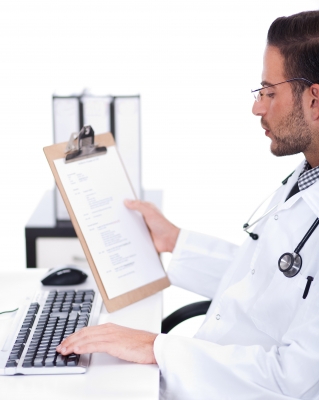 Healthcare has proven to be a recession-proof industry. Even when the US economy lost millions of jobs in 2008 and 2009, the healthcare industry added approximately 554,000 jobs during that same time period. However, the average number of available healthcare jobs has been declining over the last few years for several different reasons.

The Bureau of Labor Statistics (BLS) reported in October 2013 that the healthcare industry added an average of 19,000 jobs per month for the year. This represents about 8,000 fewer jobs than the average in the previous year and continues a trend that started around 2007. In 2007, approximately 348,000 jobs in healthcare were added to the economy. By November 2012, the healthcare industry had only added 290,000 jobs.

Although no industry is immune to economic forces, the decline in the healthcare jobs is surprising. It is one of the few industries with guaranteed customers. People can forego luxuries like flat-screen televisions but must seek out medical care when they fall ill or are injured. Couple that with an aging population—particularly the large Baby Boomer generation—and longer life spans and it's easy to see why experts predict there will be 5.6 million new jobs in the healthcare industry by 2020.

However, industry job growth is currently stunted for a couple of reasons, one of which is automation. Many healthcare providers are using automated systems to process bills, resulting in less demand for medical billers and managers. The increase in the use of electronic health record systems has lead to a similar decline in jobs for medical records clerks.

In theory, people who lost their jobs to automation would simply move into other positions. In the real world, however, automation has partly led to another factor in the decline of jobs in the healthcare industry: a growing mismatch between available positions and the number of qualified candidates. Some areas of healthcare continue to have a lot of job openings but are unable to fill them because of the lack of good candidates. This can lead to some medical facilities eliminating the position and declining to offer those services or laterally shifting responsibilities to other workers with comparable skills and training.

To a lesser degree, the Affordable Care Act (ACA) has also negatively impacted job growth in the healthcare industry. The law has changed how healthcare providers are reimbursed including reducing the payment amount for select services and programs. Some medical facilities have slowed hiring as a protective measure against possible profit losses. However, it's likely this is temporary and that providers will begin adding jobs again once they have a clear idea how the ACA will affect their bottom lines.

As noted before, the healthcare industry is predicted to add millions of positions within the next decade, so this trend of declining job numbers will probably end in the near future. Those concerned about job stability, though, may want to pursue careers in areas with good long-term prospects.