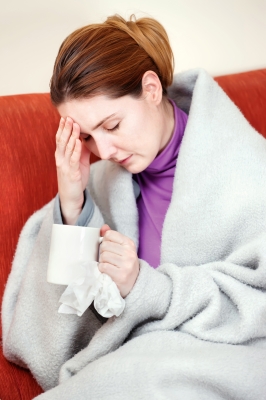 When people fall ill, they usually take medication to eliminate the problem. However, curing a disease caused by bacteria may not be so easy in the future. Health officials and healthcare providers are concerned about the rise of drug-resistant bacteria that cannot be eradicated using current medications.

It seems like something out of a science-fiction novel. Unfortunately, drug-resistant bacteria, also known as superbugs, are a very real issue. According to the Centers for Disease Control and Prevention (CDC), approximately two million people become infected with these superbugs every year. Of that number, at least 23,000 die from bacterial infections because none of the medications available could cure their diseases.

Experts in the healthcare community cite evolution as the driving force behind this phenomenon. Some bacteria are naturally resistant to the drugs. When a medication eliminates the bugs that are sensitive to it, the immune ones are left behind to pass their drug-resistant genes on to future generations. Other bacteria develop resistance due to a spontaneous genetic mutation.

Perhaps the most worrying factor is when the bugs gain immunity to medication by swapping genes with each other. A bacterium called NDM-1 has the ability to transfer its genes to other bugs, giving the recipients its inborn resistance to drugs. So far, there have been about sixteen cases of this in 2013, which is double the number of instances reported the previous year.

The overuse of antibiotics plays a large part in the rise of these superbugs. When use of these drugs increased in the ‘50s and ‘60s, scientists and medical experts cautioned against misuse, citing the possibility bacteria could one day develop immunity to them. It's likely the prevailing belief in the intervening years was that drug companies would continue to produce newer and better medications to prevent the possibility from occurring.

Pharmaceutical companies, however, have funneled most of their money and research into developing medications to treat chronic diseases, which has proven to be a very profitable business model. Since antibiotics are typically one-shot deals, the potential to make money is much lower. These companies have little financial incentive to create new drugs for fighting bacterial infections, which may have provided the bugs with ample opportunity to become immune to the drugs on the market.

Although the problem is not yet big enough to be considered an epidemic, the CDC has created a plan for preventing it from becoming one. The organization has begun tracking infections with the hopes that it will be able to predict when a strain of bacteria will become resistant to medication. The CDC has also begun categorizing superbugs according to the level of threat they pose to the public.

The organization is encouraging people to do their part in stemming the superbug trend by practicing good personal and food hygiene to avoid getting sick in the first place. The CDC advises against using antibiotic medications unless absolutely necessary. This can help slow the growth of drug-resistant bacteria, which in turn could prevent a medical catastrophe in the future.