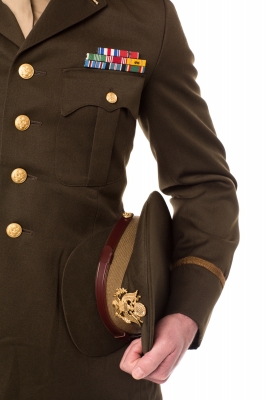 It might not seem fair to compare the accounting practices of a government agency such as the Department of Defense with the books of a private company, but the Pentagon might be more relevant to modern finance than you think. The DoD is one of the world's largest employers with over 1.4 million service members on active or reserve status. Millions more are employed through the Pentagon's many contractors. Defense is—by a very large margin—the largest discretionary item in the budget. It's not entirely inaccurate to say that the Pentagon system exists as a backdoor way of directly applying a Keynesian stimulus to the high-tech sector of the economy. In that sense, everybody works at the Pentagon, one way or another.

The accounting problems at the Pentagon are legendary. As far back as the 1940s, President Roosevelt expressed his wish that the war "should not create one new millionaire." His concerns were valid. Loose accounting practices and a thoroughly compromised procurement system led to such madness as hammers and toilet seats being billed to the Pentagon for hundreds of dollars. During the late war in Iraq, several billion dollars apparently simply vanished. The situation got so bad that Naomi Klein referred to the Pentagon-led occupation authority as a "free-fraud zone."

One of the latest scandals concerns the "epic waste" taking place at one of the DoD's field offices in Cleveland. According to Reuters, the Pentagon ignored its own in-house accounting tips and simply doctored ledgers to conceal mismanagement and waste. It appears that, when accurate numbers were not available to reconcile the expenditure records of the DoD with what the Treasury claimed to have sent, accountants in the Cleveland office, which reports figures to the Navy, inserted placeholder figures, or "plugs," and then left them in place to balance the accounts.

Unfortunately, when you do this in the civilian world, it's known as fraud. Certain members of Congress are calling on the US Inspector General's office to investigate, on the—probably accurate—assumption that this issue goes beyond the Cleveland branch office.

A thorough investigation would be a nice place to start, but it's possible that nobody will enjoy the results of a really in-depth probe. The problem goes much deeper than a few bad apples in one office. The Pentagon has spent the better part of the last seventy-five years operating in a budgetary environment that's shaped by the political odd couple of stringent Congressional oversight and almost total unaccountability. Money is budgeted—up to 20 percent of the budget overall—and then allocated via earmarks to whichever project has the best lobbyists. In this atmosphere, the DoD almost has no choice but to generate a blizzard of falsified paperwork, as money is sent through the system to a network of unaccountable but well-connected private interests.

Any accounting tips you draw from this peculiar hybrid economy are unlikely to work out in the private sector. The differences between the world of Pentagon spending and the world of business are too vast to generate any but the most basic lessons-learned style of accounting tips. What the latest Pentagon accounting debacle demonstrates clear as a bell, however, is the virtue of accountability.

And that, at last, is perhaps the most important of all accounting tips: have somebody to answer to. Without customers to please, without shareholders to woo, and without profits to be made—indeed, without even a large-scale war to fight and win—the set of incentives operating at the DoD have become disconnected from reality. With that disconnection comes irregularities, fraud, and abuse of all kinds. It will be worth watching to see if any of the necessary accounting tips sink in this time.