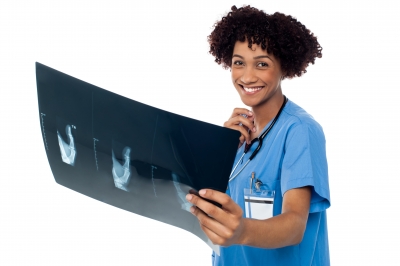 The U.S. Supreme Court is set to rule on a matter related to ACA subsidies. Because the argument docket is filled until early 2015, the court is likely to hear the issue and make a ruling in March 2015. Until then, individual subsidies under the Affordable Care Act continue through the federal exchange.

According to Lyle Denniston of SCOTUSblog, average annual federal ACA subsidies are about $4,700 per qualifying person. Since the opening of the health care exchanges, Denniston says almost $5 million in federal ACA subsidies have been granted. The challenge that brings the matter before the Supreme Court relates to specific wording in the Affordable Care Act. In verbiage establishing the subsidies, the ACA states the subsidies apply to exchanges that are "established by the State." Detractors of federal subsidies argue that Congress's verbiage limits the assistance to state-run, and not federally run, health care exchanges.

The argument was heard by the Fourth Circuit U.S. Court of Appeals, which disagreed with the argument; challengers are to seek an opinion at the Supreme Court. Until the Supreme Court rules, a second, similar case in the District of Columbia Circuit Court has been set aside.

If the Supreme Court accepts the challengers' argument that individuals seeking health insurance through federal exchanges are not eligible for subsidies, it could be a game changer for thousands of families. For many, ACA subsidies are the only reason coverage through the exchange is affordable; many individuals who do not qualify for subsidies currently opt to pay the penalty for no coverage rather than pay thousands for health insurance.

One reason the Supreme Court agreed to review the case without a formal split among appellate courts is because time is a critical factor. Those challenging the Fourth Circuit decision made the case that a possible overturn by the Supreme Court would throw the entire health care exchange system into sudden change. The longer individuals are granted ACA subsidies at the federal level, the more difficult it is to remove that benefit from the overall process.

For the individual, ACA legislation has brought a number of changes, both positive and negative. Some individuals have health care coverage for the first time in years, including those with pre-existing conditions that previously kept them from the market. Others have seen a loss of coverage, and middle-ground financial situations mean they are unable to afford coverage through the exchanges. The loss of subsidies are not the only possible insurance-related financial costs people may feel in the future. As 2015 begins, individual taxes are likely to be impacted by things such as premiums and subsidies.

As of the end of 2014, ACA subsidies are available through state and federal exchanges. Experts urge individuals to sign up for coverage whenever possible because of its importance to overall health. Most people are going through with applications, waiting anxiously to see how issues in 2015 are resolved.

The most popular Obamacare plan will see premiums drop 4% next year...
news from Markets