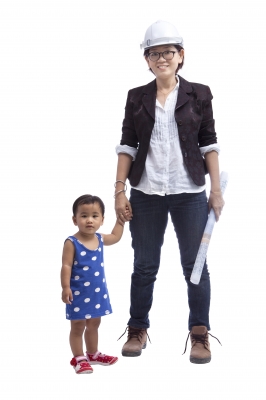 Female engineers are in short supply. Engineering is all about finding solutions to problems, and the diversity female engineers bring to this profession can enhance the problem-solving potential of an engineering team. Anything that can be done to encourage women to enter STEM programs is to be valued. Holiday gifts are a great way to let future female engineers know that you're rooting for them to succeed in what has traditionally been a male-dominated profession. Here are a few of the best future engineer gifts that you can give your daughter, granddaughter, or younger sister.

Believe it or not, Barbie makes this list. Barbie has come around lately. Computer Engineer Barbie does more than just lounge around in her Dreamhouse. Mattel has designed her with an open laptop and eyeglasses in an effort to give girls a different idea about the kind of life that's possible for them as engineering professionals.

LEGO has also gotten onboard with a reimagining of what the proper role of women should be in the STEM fields. LEGO Scientist, released in 2013, is the first female scientist character LEGO has ever produced. She goes by the name "Professor C. Bodin" and wears eyeglasses and a lab coat.

Older girls need something a bit more engaging than dolls and minifigures. Future female engineers are bound to love the Snap Circuits Alternative Energy Kit by Elenco. This kit takes the traditional chemistry set in a new direction by encouraging kids to explore and experiment with alternative energy sources using just kit materials and things you have in the house already. This kit is appropriate for boys as well as girls but is being marketed specifically to future female engineers by the retailer A Mighty Girl, which charges $49.95 for the boxed kit.

Improvising solutions is at the heart of engineering. The essential urge that drives a child into engineering is the unquenchable desire to take stuff apart, put it back together, and really understand how it works. Sneaky Uses for Everyday Things, by Cy Tymony, is a great tool for teaching kids to look at the world around them with new eyes. Future female engineers who might have heard all their lives that math is hard, or that girls don't need to think as much as boys do, will find dozens of amazing hacks in this book. The publication teaches you how to turn a penny into a radio, change milk into plastic, and turn on a TV with the ring on your finger. Of all the engineer gifts on this list, this is the one that's most likely to appeal to the hands-on type of girl.

Engineering has historically been seen as a kind of academic boys' club. Despite the dropping of most institutional barriers to participation, there still remains a major disparity between numbers of male and female engineers. The next generation will need all the help it can get to manage the world, and all over the world are future female engineers who just need a little encouragement to get going.