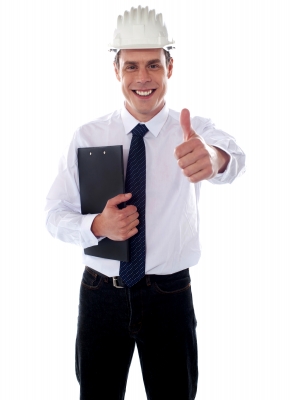 As numbers from the national home builders association registered flat for November, outlooks for the home building industry teeter between cautious optimism and cynical predictions. In addition to home builder confidence, trends in the industry are also being affected by rising construction costs, a reported lack of skilled workers, and delays from federal lawmakers on critical economic decisions.

National home builders maintain a positive outlook for the future, according to the Housing Market Index released by the National Association of Home Builders in early December. The association reports builder confidence remains at the October level of fifty-four. Even though that number is a bit lower than analyst predictions of fifty-six, the chief NHAB economist says any number above fifty is encouraging. The index is comprised of three components: Sales conditions, future sales expectations, and prospective buyer traffic. Month-over-month, the sales conditions index was stable at fifty-eight, though the other two components saw a slight drop.

One thing holding national home builders back from stronger numbers is the rising cost of construction. According to the Engineering and Construction Cost Index, costs rose in November 2013 for the twenty-second consecutive month. According to a breakdown of ECCI numbers, the cost of labor drove the most recent increase. Experts report that shale oil may be impacting the cost of construction in other niches—high-paying industries like oil take skilled workers from residential home builders, creating a supply and demand issue that raises overall labor costs.

Political machinations also impact the construction industry. According to Rick Judson, chairman of the NAHB, some consumers are putting off purchasing new homes due to delays in the federal government. Homebuyers don't want to commit to extra expenses or a new mortgage until Congress addresses critical spending, tax, and budget issues. Judson reports that the pricing and interest rate environment is good for homebuyers, though fear about the future is holding many back.

Though national home builders in general are still feeling the crunch of a sluggish post-recession recovery, not everyone is experiencing flat-lined or downturned profits. Residential home builders in New Jersey are experiencing positive activity. As of November, builders were on track to start about 23,000 homes, which is the highest number of starts since 2007 for the state. This number is also up by almost 5,000 from 2012. One builder—Hovnanian—reported a fiscal fourth quarter that was not only profitable but also beat estimates. Similar geographic recovery in several states provides a positive outlook for national home builders.

National home builders have a long road before reaching full recovery, but the signs are there for a positive future. Though builders will need to be creative to deal with costs, employment, and political issues, numbers continue to show a slow and steady recovery across the industry.