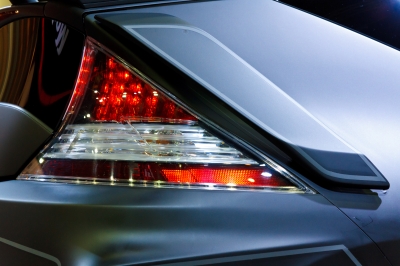 Honda recently released a short video titled "Hands" as a way to refresh its somewhat stale brand. Recent advertising trends have changed the way companies carry out their car advertising plans, as it is no longer enough to showcase the features and fuel economy of a new vehicle. Advertisers must also capture the experience of owning and driving a particular vehicle and show potential buyers how that experience can make their lives better. The "Hands" video is just the first step in refreshing Honda's brand and taking advantage of popular advertising trends.

The two-minute "Hands" video explains Honda's history and puts a spotlight on past Honda vehicles. Because the company has been losing market share to some of its competitors, it is important to come up with new ways to remind customers about the benefits of owning a Honda. The video also showcased the boats and planes produced by Honda, giving consumers more insight into the company's history. Following popular advertising trends does not always work, but it worked for Honda. In one week, more than two million people viewed the video.

What sets the "Hands" video apart from similar commercials is that it did not simply rehash Honda's history. Instead, it focused on creativity and innovation, which will help the advertisement appeal to different types of viewers. The video also communicated the message that it is Honda engineers who "make the world." One reviewer said viewers will be "fully engrossed" in the video whether they already love the brand or they are just curious about the content of the video. Other advertisers will have to continue reimagining their car advertising strategies if they hope to appeal to a broad market and capture interest with their commercials.

"The Drum," a magazine devoted to modern marketing and media, named the "Hands" video the top viral video of the week on July 18. This distinction is not based on subjective opinions from those who study advertising trends; it is based on the number of social media shares each video receives in a seven-day period. Honda beat out viral videos by O2, Dove, Kmart, IKEA, and other popular companies with more than 120,000 social media shares. Reviewers from the magazine say Honda's video is "charmingly clever" and "beautiful."

Viral videos are one of the most popular advertising trends of 2013, and they show no signs of going away any time soon. As an advertising professional, you must understand what makes a video go viral so you can create campaigns that get noticed by people in your company's target market. If you want to take advantage of recent advertising trends, watch popular videos like "Hands" to get an idea of what type of content appeals to consumers in your market.