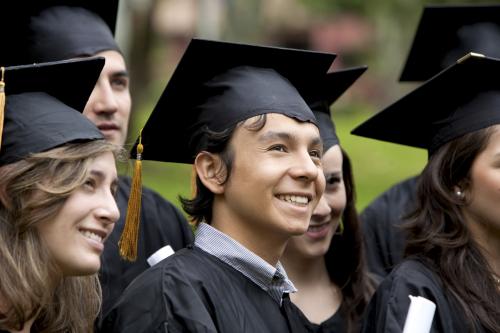 If you’re thinking of pursuing a career in hospitality management, you might want to know what your peers have to say about this career choice. You also might be interested in knowing about your training options overseas and how some schools have risen to the top.

The survey concluded that career development opportunities and jobs that offered responsibility were most highly regarded in choosing a future employer. This was followed by the brand or quality perception of the employer and on-the-job training. Graduates gave high marks to employers that offered increasing levels of responsibility and accountability for targets and goals. Salary was regarded as least important.

Graduates also responded to the level of how they hoped employers would assign them upon graduation. Most indicated they would start working at the supervisory level, followed by entry level and trainee. Only 15 percent expected to enter as managers. These results reflect the more realistic expectations of today’s graduates, due in part to the poor economy.
That said, graduates who invested a lot of time and money on a hotel school education seemed more reluctant to accept trainee or entry-level jobs. Post graduate or MBA candidates, who may be changing careers must come to grips with the fact that they may not be assigned management responsibilities without some on the job management training or internship. The survey noted that these graduates are often surprised by the types of jobs they are asked to perform when entering the industry as recent grads.

A more recent international and domestic student satisfaction survey conducted by the International Centre of Excellence in Tourism and Hospitality (THE-ICE) revealed some interesting results. It included responses from over 1,000,000 students in 1,200 institutions in 24 countries across five continents.
The ICE survey concluded that the Emirates Academy of Hospitality Management (or simply, The Academy) outperformed other institutions in areas such as Academic Quality, Career Development, Learning Spaces (or infrastructure) and embracing Multiculturalism in its academic programs. Students indicated that they were extremely satisfied with the on-campus food and accommodations, as well as with the The Academy and its Dubai locale as a study destination.
Seeing what your peers and fellow students think about working in hospitality can be helpful in choosing your career path. And if you're interested in studying oveseas, the Emirates Academy of Hospitality Management is definitely one to consider.