Hospitals and Marijuana: The Jury is Still Out 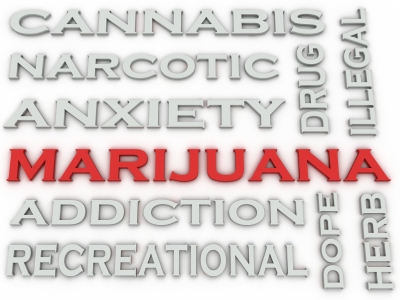 As of 2015, 23 states and the District of Columbia allow medical marijuana in some form to treat various medical maladies after more mainstream therapies fail. Unfortunately, acceptance in hospitals remains tenuous due to a conflict between state and federal laws regulating the use of cannabis as a treatment option.

A 1925 decision by the Supreme Court of the United States concluded that only states have the right to regulate medicine within their boundaries due to the 10th Amendment of the U.S. Constitution that separates powers between the federal government and the states. However, the federal government issues grant money to hospitals and health care systems, so long as those entities comply with federal law. Because of this federal funding issue, many hospitals and health care systems do not allow medical marijuana as an alternative therapy.

Even though a hospital may exist in a state that legalizes medical marijuana, administrators may be leery of dispensing and prescribing this treatment for fear of losing federal funding. Some facilities ban marijuana based on studies that say marijuana could cause long-term addiction and loss of IQ. However, one fundamental of medicine remains for doctors and hospitals to consider with regard to this drug. Clinicians must take into account and reconcile all of a patient's medications, including alternative therapies, supplements and oils, otherwise a doctor may misprescribe a medication that leads to negative consequences.

Although mainstream medicine may not recognize certain substances as worthy of notice, patients may take matters into their own hands and try alternative therapies anyway. This includes medical marijuana. As such, administrators can create a policy regarding cannabis and its acceptance in hospitals or health care systems. Several factors come into play, such as legal issues, financial consideration, lack of evidence, conflicting regulations and patients' needs.

States can help by passing legislation that specifies what health care systems can and cannot do when prescribing medical marijuana. States can also form tight regulations on companies that dispense the drug. More studies and more information can help hospital administrators.

One company, called PotBotics, uses a robot to deliver real-time information about how a patient's brain uses marijuana. An electroencephalogram connected to someone's head shows doctors precisely how a person's brain reacts before, during and after using marijuana. The idea behind the company's PotBot is to demystify what marijuana does to a human brain. PotBotics also tries to recommend the correct type of cannabis, out of nearly 5,000 strains, for a person to use based on an individual's needs.

Everything starts with hospital administrators who must create a policy for a health care system. Leaders must discuss options with legislators, doctors, staffers and caregivers. Administrators can talk to federal agencies, insurance companies and community leaders as they develop a comprehensive cannabis policy. The most important aspect of developing a policy lies in communication. Administrators must be upfront and honest about marijuana and its use with all parties, including patients, as hospitals assess risks with regard to cannabis use.

While the jury is still out on medical marijuana as hospitals try to figure out what to do, administrators can take the lead in this issue as a bridge between patient care and legislators. Everyone wants to do what's best for patients, and marijuana remains a controversial topic.