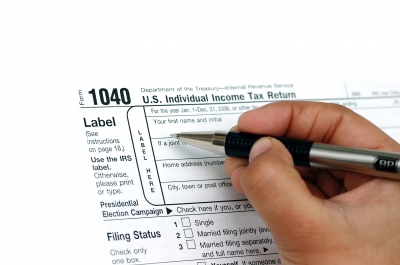 The U.S. House of Representatives voted to keep more than 50 income tax breaks on the books for one more year after they had originally expired at the end of 2013. The $42-billion package avoids unfairly punishing taxpayers, and the measure, once signed, prevents delaying the tax filing season that starts in January 2015.

Reinstated tax breaks benefit research and development practices, wind energy producers, NASCAR tracks, railroad companies and the film industry. Individuals such as commuters, teachers and residents of states without income taxes also see smaller tax bills for 2014. Capital investments can be written off more quickly, and financial institutions are able to shield foreign profits from taxation in the United States.

The tax breaks do not apply to 2015 or beyond, and politicians claimed the temporary extension was the best option during negotiations with the Senate and President Barack Obama. A larger tax-relief bill worth more than $400 billion over 10 years was abandoned by the House a week before the smaller bill was passed. The White House threatened to veto any legislation that did not help low- and middle-income families as well as businesses. The larger plan let some tax breaks for individuals expire in just a few years while keeping benefits for big corporations the full 10 years.

The IRS told Congress time is short to institute any retroactive measures to the 2014 tax code, and the agency may be forced to delay the start of tax-filing season. The House and Senate both adjourn in December for holiday breaks. Senate leaders said the chamber may not get to the bill on time due to other, more pressing, legislation such as defense spending and an overall budget. Longer-term solutions to the complex U.S. tax code must wait until the next congressional session when Republicans take control of both the Senate and the House.

The House Ways and Means Committee voted in April 2014 to keep six tax breaks that lapsed in 2013. This smaller measure was criticized by Obama and Democrats for increasing the budget deficit by $156 billion over 10 years. The April bill included relief for research and development projects, capital expenses and foreign profits. The $42-billion bill passed in December also increases the budget deficit, but the latter measure was approved during the lame-duck session after November's mid-term congressional elections.

Permanent tax relief and reform take years to accomplish. During the Reagan administration in the early 1980s, negotiators took five years to institute reforms. Temporary measures passed during a divided Congress only delay what is needed for an economy that continues to grow after a painful recession. Advocates believe tax breaks should become permanent, and budgetary issues must be solved so all Americans can prosper.