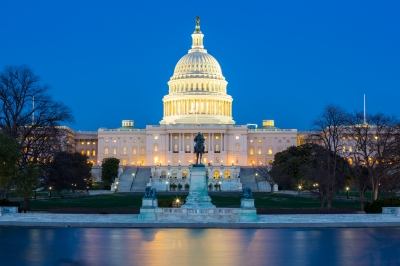 Ethics and accounting rules regarding the expenses of congressmen may change every couple of years when a new Congress convenes. Because of rapid changes, many of which are too numerous for one person to keep track of, incoming congressmen receive ethics training. This one-time deal teaches freshmen representatives accounting lessons, financial expense reporting and the separation of campaign funds from government work.

Many congressmen simply do not understand all of the ethics rules as laid out by the House Ethics Committee or the House Administration Committee. Both bodies lay down rules that delineate how representatives use phones, send letters, host dinners and send emails. Some elected officials maintain one-time ethics training simply does not cover enough ground for an entire political career in Washington.

Accounting lessons can help. Congress has attempted to simplify expenses into one lump account rather than 435 individual ones for the House. Regular memos from both of the aforementioned committees keep members informed of any rulings, changes or questions. Congressional staffers often call administrators of these committees to find out if a certain expense is acceptable and what gray areas exist. Even with these safeguards, sometimes representatives simply do not know they may have done something wrong.

One idea tossed around Congress is mandatory ethics training held once per year. Several congressmen sponsored a bill following the resignation of former Rep. Aaron Schock, R-Ill., to try to help its own wade through accounting rules. Weekly questions arise due to reimbursements, staff use of taxpayer resources and daily responsibility for managing expense accounts. The ultimate responsibility for ethical spending behavior rests with the elected representative as opposed to a staffer in the know. Mandatory training certainly helps.

Other ideas could help alleviate ethics inquiries and ethics training in Congress. Perhaps the legislative body could hire accountants to oversee several offices at a time. The body could hire 44 accountants, each of whom consults with 10 representatives per day as a full-time job. Even though accounting degrees are expensive, and obtaining a CPA designation takes extra time beyond a bachelor's degree, this extra expense may prove useful.

Having an accountant with the knowledge and know-how takes the pressure off the legislator and puts it on the person who examines expenses and reimbursements. That way, congressmen can focus on lawmaking instead of accounting. Members of the Congressional CPA caucus could help its own by consulting with staffers on a regular basis. Although this method may add an extra burden to the dozen or so accountants in Congress, a little advice may go a long way to supplement ethics training.

One difficulty congressmen face revolves around consistent messages. The Ethics Committee may say one thing, while the Administration Committee may say something entirely different. As such, another solution includes more collaboration and better communication among those committees. Rep. Rodney Davis, R-Ill., believes regular, joint memos from both bodies could clear up a lot of misunderstandings before another congressman resigns amid an ethics scandal.

If anything is certain, it is that one member of Congress cannot remember every minute detail of accounting practices, ethics rules and spending regulations in a few sessions of ethics training. More must be done to help members avoid pitfalls created by not knowing the rules.

A Week In Calgary, Alberta, On A $48,222 Salary
news via Refinery29
How to Restore Separation of Powers
news via Yahoo News - Latest...