How Big Data Will Transform Healthcare 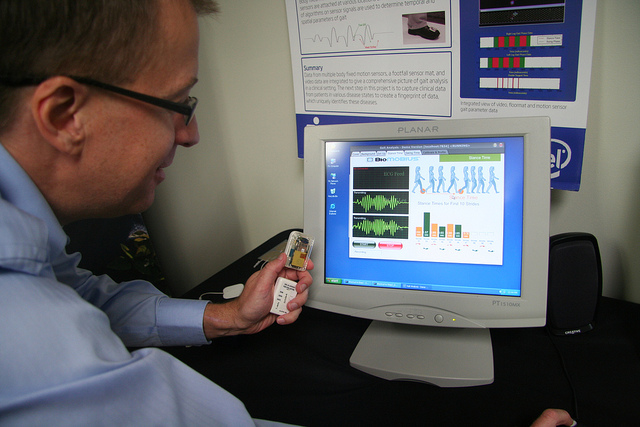 The use of patient-generated data to drive healthcare decisions and influence patient outcomes is a focus of healthcare providers worldwide. Doctors are eyeing wearable electronics like the activity-sleep-heart-rate monitors from Fitbit, Inc. as a means of collecting data that can lead to inroads in preventive health care.

Electronic patient monitoring is not new in the world of medicine. Since the 1960s, heart doctors have used a device called a Holter monitor to collect patient-generated data on the heart rates and rhythms of patients as they go about their daily lives. However, the wide availability of wearable electronics offers researchers the opportunity to collect vast amounts of data that can be analyzed to pinpoint how day-to-day patient behaviors affect health. For example, Dr. Eric Topol, a cardiologist at the Scripps Clinic in San Diego, Calif., tracks his patients with a portable electrocardiogram built into a smartphone case. This patient-generated data gives him a real-time picture of “the ups and downs of patients’ conditions as they go about their lives.” Many researchers believe that collecting this kind of data on large patient populations is the future of predictive medicine: the key to unlocking the mystery of what keeps some people healthy and what makes others sick.

Patient-generated data also may prove useful in driving healthier patient behaviors. In one Massachusetts study, 126 patients with Type 2 diabetes were given a pedometer to track their progress towards exercise goals. Based on this and other data, including information gathered from patients’ electronic medical records and the daily weather report, a software program sent motivational text messages to some patients in the group. Those who received the messages managed their blood-sugars better than those who did not. Such data-driven interventions could be applied across the entire spectrum of preventive healthcare, including areas like smoking cessation, stress management and weight loss.

Notwithstanding the obvious benefits, using personal electronics to collect health data is not without its drawbacks, and opposition by both consumers and health care providers is strong. Patient confidentiality and the potential misuse of patient data transmitted over the Internet and other insecure connections is one overriding concern. Further, many doctors doubt the reliability of patient-generated data drawn from devices not approved by the U.S. Food and Drug Administration, as medical devices are. Additionally, reports that some personal tech manufacturers are planning to integrate their data systems with those of several large insurers worry consumers, who fear that such a move would allow the industry to raise the cost of insurance for some patients based on data-driven predictions about their health.

Personal technology is an integral part of modern life that has the potential to improve health outcomes worldwide. Despite concerns about the confidentiality and reliability of patient-generated data, this vast source of information is unlikely to be overlooked as the healthcare industry searches for better, safer and more cost-effective ways of delivering care.

The most powerful people at JPMorgan; Coworking spaces could see a ...
news from Markets